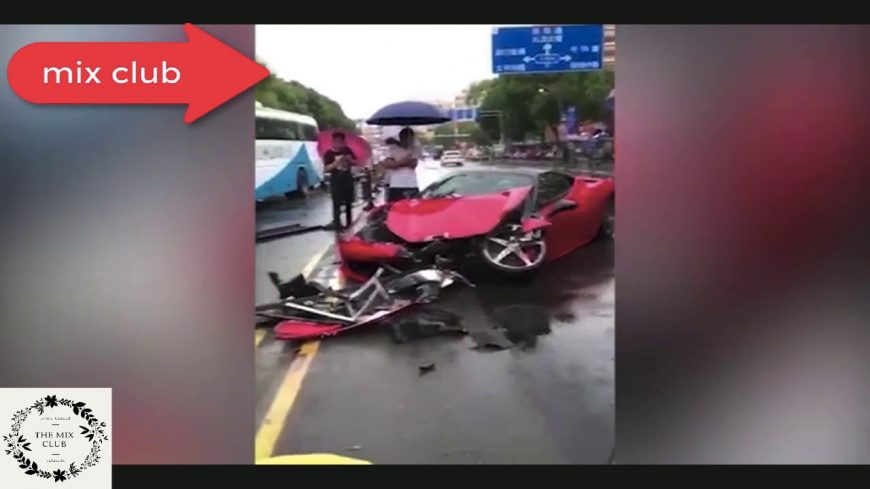 As the old adage goes, with great power comes great responsibility and when you translate that into supercar speak, it means that if you’re driving around the flashy red high dollar exotics that you had better be ready to handle all of the attention that’s going to come with such a car.

This time, the scene takes us to the city of Wenling, China as a woman is able to hop behind the wheel of a rental Ferrari 458 when things go wrong in an obscure fashion. After the fact, it looks like someone was able to find a social media post from inside of the Ferrari that was believed to be taken moments before the crash and patched it all together with clips of the accident itself and the aftermath.

The Daily Mail cited that ” Moments before the crash a clip believed to have been filmed by the woman herself from the drivers seat allegedly shows her bragging about the rental car. In the short clip thought to have been filmed by the woman while she was waiting at the lights, she points the camera at the Ferrari’s dashboard and says: “First time driving a Ferrari. This truly is the most amazing feeling.”

In the scheme of things, you have to realize that accidents happened and this is going to be a highly criticized individual just because of the nature of the vehicle that she’s driving and how things might look. However, this really could’ve happened to anybody regardless of if they were driving a Ferrari or anything else for that matter. It looks like all of the factors really just seemed to stack up against this young lady, though. The only advice that we have to the driver here is to shake it off and try again another day.

Hopefully, her ego wasn’t to beat up after this one because lots of eyes were attracted to the scene and apparently, lots of cameras, as well. You never really want to see somebody go from that sort of the high to this sort of the low within such a short period of time and you really can’t help but feel bad for her here.