Leaders Wreck Each Other on Final Lap of Rolex 24 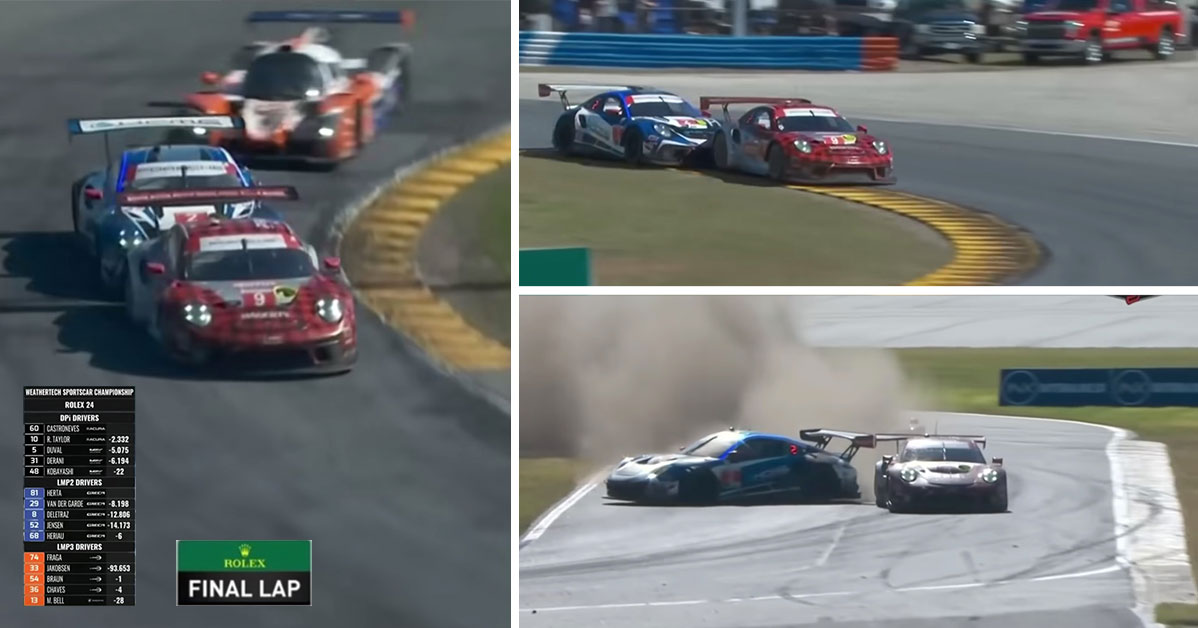 If we take a look across all sorts of different racing, perhaps none are as physically demanding as endurance racing. Sure, there are a lot of members on a team to help the race operate smoothly. However, being able to put things together and keep them going for 24 hours in a row is definitely something that’s easier said than done, even with top-notch help.

However, during this year’s Rolex 24, on the tail end of an entire day of racing, teams pushed toward the finish line with any energy that they had left. It’s at this point in time that everything comes together, allowing those who have done well to start to get a little bit excited about the position that they might take on the podium.

While one might think that after 24 hours of racing, there would probably be a rather wide gap between first and second place, that’s not always the case. Instead, this year, we would watch as the 24-hour race came down to the last couple of seconds.

After such a race, the stakes are so incredibly high that nobody wants to give an inch. However, as there can only be one who goes home victorious, somebody’s going to be forced into being second.

At the most recent Rolex 24, we watched an incredible battle between two Porsche competitors in the GTD class finally come to a head. As Mathieu Jaminet and Laurens Vanthoor were not willing to give up position, we would watch like 24 hours of competition ended up being completely mangled at the end as the two ended up getting into each other and sliding down the leaderboard a couple of positions.

At the end of the day, something like this is incredibly disheartening, especially after such effort was invested for such a long period of time. However, situations like this are exactly why we watch racing down to the final moments and don’t crown a winner until somebody crosses the finish line first.