“Leroy” Inspired Shelby GT500 Go Kart Might be the Biggest Oddball Shelby There Is! 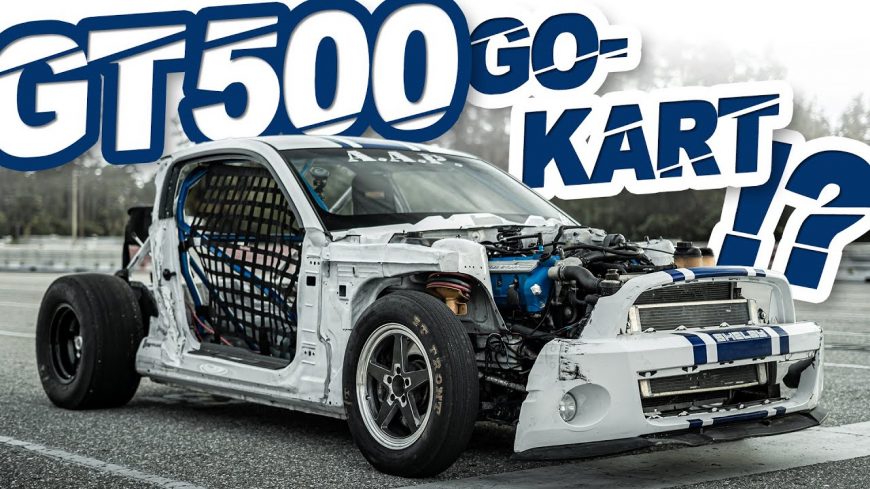 It was only a matter of time before “Leroy,” the stripped down Chevrolet Corvette owned by Mr. Cleetus McFarland on YouTube ended up inspiring a couple of folks to make their own version of the concept. This time, we check in with an example that might not be the first Leroy-inspired ride but it might be one of our favorites!

The original car in question is none other than a Shelby GT500, or, that’s at least what it started out as. This GT500 is now literally a shell of itself or maybe it’s ok because it looks like it’s an absolute blast to rip around in.

The owner of the car says that at one point, it was in amazing condition. He originally purchased a car at an auction after it had been wrecked. Luckily, though, after a blind bid, when he got the car, the GT500’s owner said that it only had light damage. With just 4000 miles on the clock, the car was brought back to life once again and would live on as an incredibly clean GT500.

However, when going to a car show, the owner’s friend would get behind the wheel and end up crashing the car. With the damage done, it wouldn’t appear as if the Shelby could be brought back to life again, at least not without major modification. Therefore, instead of stripping it down and sending it to the junkyard, the owner took a little bit of inspiration from Leroy and began to build a Frankenstein shell of a GT500.

Down in the video below, we check in with the Shelby go kart that really turns some heads. This one might not share too many physical characteristics that make it look like a Mustang anymore but it certainly does scream like the supercharged monster that it has always been.