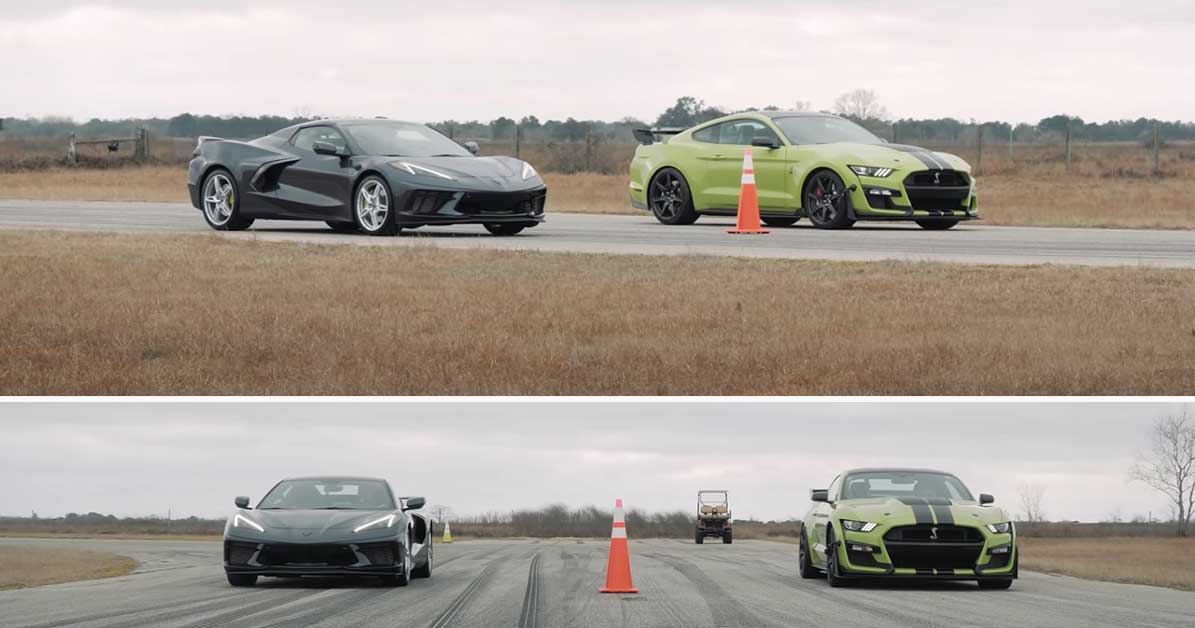 There are several debates that are just about as old as time itself and we can’t help but love checking into them with every generation of car that comes out. In this particular case, there are multiple debates that are up for discussion and this outing gives us just another piece of evidence to be able to go back-and-forth over these topics.

One of the endlessly discussed topics that’s in play here is Chevrolet versus Ford.

Obviously, this debate is highly subjective but we’re itching to tune in to find a little bit of entertainment in the iconic rivalry. Obviously, the C8 Corvette is Chevrolet’s latest installment to its performance lineup. As Ford doesn’t really have a direct competitor for the Corvette, most Ford fans pull out the Mustang to make their case.

In this particular case, the Mustang in question is none other than a Shelby GT500. For all intents and purposes, the car seems to be a pretty good comparison with the C8, at least as far as performance goes.

However, beyond that, these cars are pretty much different in every way imaginable. Besides the fact that they share a rear-wheel-drive configuration and 8 cylinders, you would be hard-pressed to find much else in common.

This is where the second endless debate comes into question. On one hand, we have a car that doesn’t make quite as much power but is much lighter in the Corvette. Power to weight is important in just about any drag racing configuration. However, at some point, there is going to be a car that is much heavier but has the muscle to overpower the traction and power to weight advantage that the C8 might have.

In this case, we see if the Shelby GT500 can be that car to put the C8 in its place. In the corner of the Corvette, we find a bone-stock unit that has made its way to Hennessey Performance. In the opposite corner, we find a Shelby GT500 owned by YouTube creator, Shmee150 that we also believe to be factory stock.