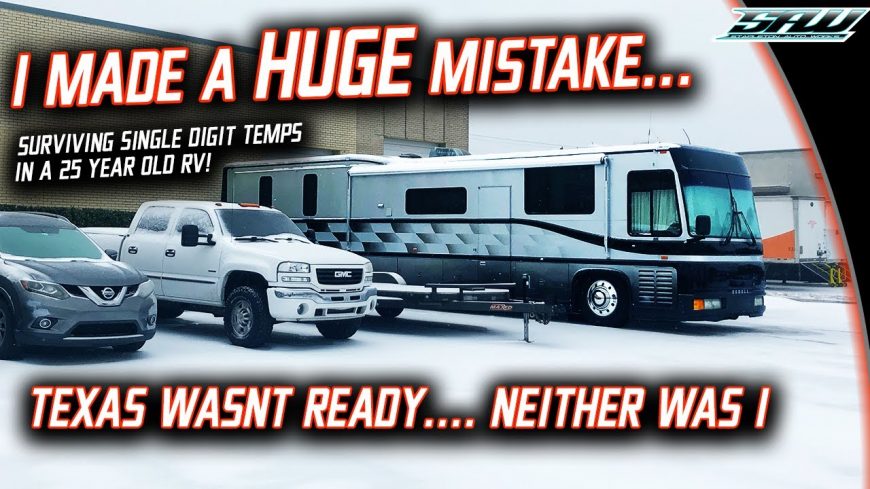 Over the past couple of days, Texas has been hit with quite the winter storm that is going to go down in the history books. The snowfall hasn’t been massive. However, between a little bit of snow, the ice, and the freezing temperatures the state has seemed to be completely unprepared for winter weather. We aren’t really sure if there’s any blamed to be place, either. As Texas doesn’t necessarily experience brutally cold weather and winter conditions, this is kind of a new thing for them and something that is rather unexpected.

As such, countless Texans have found themselves in a bit of a predicament. Between the bursting pipes, lack of electricity due to a failing grid, and pure pandemonium everywhere from gas pumps to grocery stores, it really seems like there isn’t much that could be going worse.

This time, we take a look at the Texan “Snowpocalypse” from a different point of view. In this one, we join in with our friend, Stapleton42, as he takes us through the journey of what exactly it means to live through such a storm in a 25 year old RV. Now, this might not seem like something that presents all that big of a challenge as it just seems like you would flip the heat on and weather the storm. However, it turns out that mother nature has had some other plans and also, the RV’s owner, Mitchell, seems to be using this snowstorm for the initial winter weather test session. Things aren’t going great…

By following along with the video below, we get to see exactly how one RV owner is toughing out the storm. With his mechanical knowledge, it seems as if Stapleton will be able to push through this one to get to the other side with some newfound practices just in case it happens again!