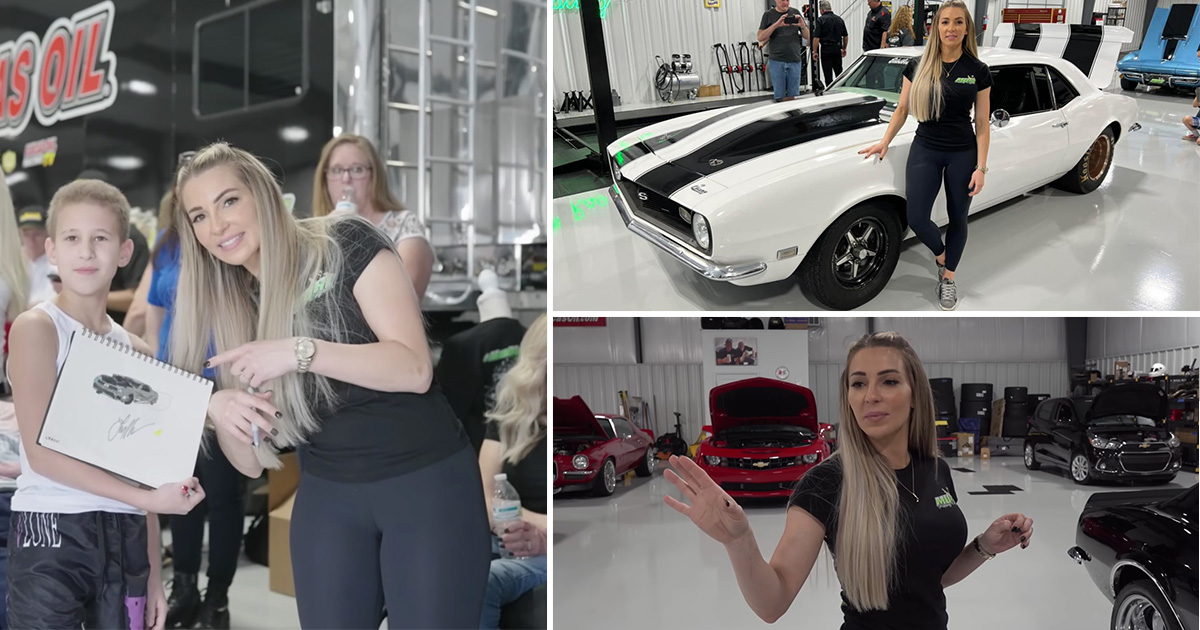 As the story generally goes, no matter how big of a shop one night build, there’s a pretty good chance that they’re going to find a way to fill it up. This is definitely a lesson that a lot of folks who have built their own garages have had to learn the hard way. If you don’t start collecting a ton of tools, maybe you’re going to collect a ton of cars. One way or another, that garage will be busting at the seams with stuff!

At Musi Muscle, it appears as if the Musi family took that idea pretty seriously and decided that they were going to build something big enough so that they’ll never run out of space! After all, they do have their fair share of awesome rides and are constantly working on new ones.

This time, we tag along for an open house as Lizzy Musi gives us the complete shop tour of the building. After Lizzy gives us a couple of details, it sounds like some real thought and consideration went into laying this place out. From the floor to the ceiling, the shop is equipped to handle whatever the Musi Racing operation can throw at it and then some.

Following the shop tour, we also get a tour of the trailer that carries Musi’s racing machine from track to track. I’m not saying that it’s impossible to get the operation done without top-notch tools. However, when one has access to a setup like this, I think that most would attest to the fact that things just tend to go a little bit smoother.

Last but not least, we get a little bit of insight on Lizzy’s No Prep Kings racing machine, “Bonnie” and what exactly has been going on with the car recently.

« Farmtruck and AZN Work the Gate at Beech Bend Raceway