During the course of any given NASCAR race, drivers have to do their best to stay out ...

During the course of any given NASCAR race, drivers have to do their best to stay out of collisions. With so many cars on the track fighting for position, this could be easier said than done under normal circumstances. As drivers will frequently do anything that they can to gain any last position, sometimes, a little bit of bumping is just a part of the equation which can eventually lead to more dire circumstances as drivers end up in pretty crazy accidents.

However, this doesn’t even consider other situations where things might be outside of a driver’s control. Sure, the man behind the wheel should be able to choose just how closely he wants to race another competitor. However, if something like a flat tire occurs, these drivers just have to hold on and hope for the best!

This time, we tune in with a recent NASCAR race that took place at Indianapolis Motorspeedway on the facility’s road course. As the race was drawing to a close, an equipment malfunction with part of the track would end up leading to what might be one of the most unpredictable and violent accidents in recent NASCAR memory.

As the race was getting near to drawing to a close, drivers had hit their marks and had known what to expect of the track, or so they thought.

Apparently, one of the curbs that drivers should be able to use to navigate a corner decided that it wanted to come unbolted from the surface of the race track. After coming loose, the curb would end up collecting a variety of different machines as hundreds of thousands of dollars in NASCAR stock cars ended up losing control after the underside was ripped from them as they slid straight into the wall.

Down the video below, we check in with this insane blooper that created quite the chaotic scene.

Dale Jr Talks First Time he Beat Dad... and Dad Threw a Shoe at Him 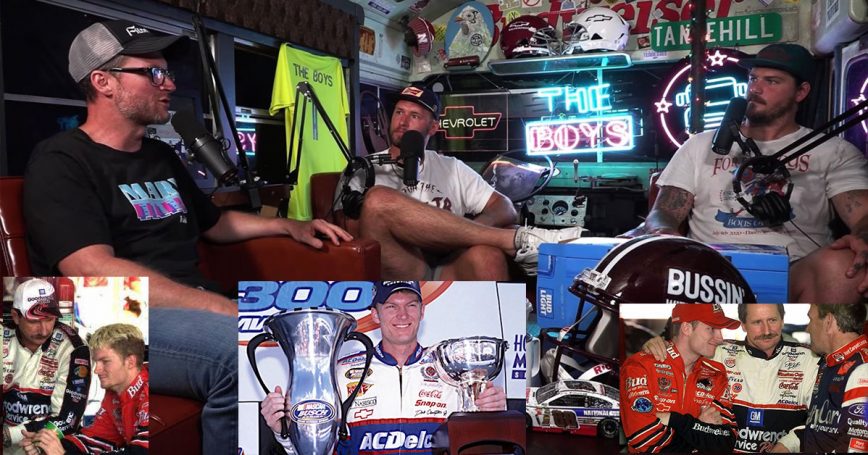