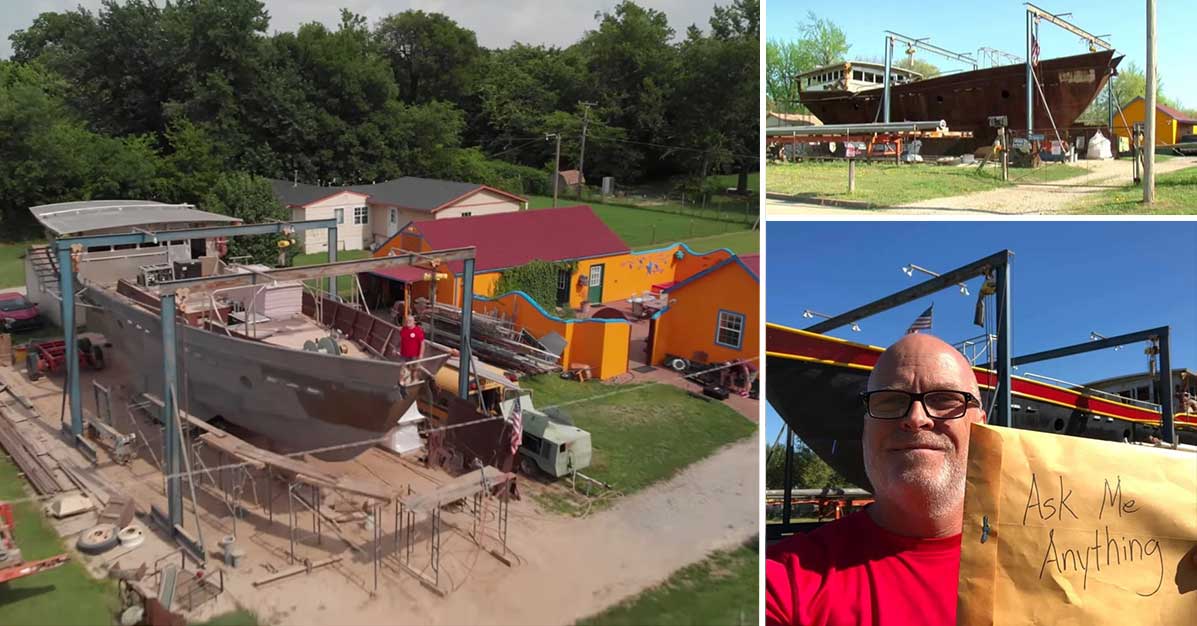 Doug Jackson has been investing everything that he has got into one project that really goes above and beyond.

When speaking with the “Coolest Thing” YouTube channel, Jackson said that he doesn’t really like watching TV or doing much that’s passive. Instead, he would prefer to get out and work with his hands. That’s not necessarily an unpopular stance on life but when most people think like this, they might pick up a hobby like woodworking in the garage and building a boat the size of a canoe.

Instead, Jackson decided that he wanted to bite off something even bigger after a career in IT. Instead of building something small, Jackson would get to work on a 74-foot boat that he would create in his very own front yard. Just imagine your neighbor building a yacht on their lawn one day.

The idea for the grand vessel was to create something ocean-worthy that could be used by people who want to conduct research. The vessel would be available, free of charge, for everybody from marine biologists all the way to those maybe looking to study archaeology.

With such a build comes lots of different questions and in the feature below, Jackson does his best to answer them. It’s pretty neat to see how a project like this started off and once it made its way to YouTube, eventually, Jackson would collaborate with lots of people sharing ideas, suggestions, donations, and even live in-person collaborations as several individuals wanted to help out with the project in person.

Oh yeah and just FYI, Jackson tells us that his neighbors don’t exactly hate the project either. We would think that there would be some complaints when a yacht began to rise down the street. Instead, he says that the industrial town of Tulsa, Oklahoma seems to be just fine with one of the biggest lawn ornaments that we have ever seen.

« How Long Can a Differential Survive Without Any Oil?