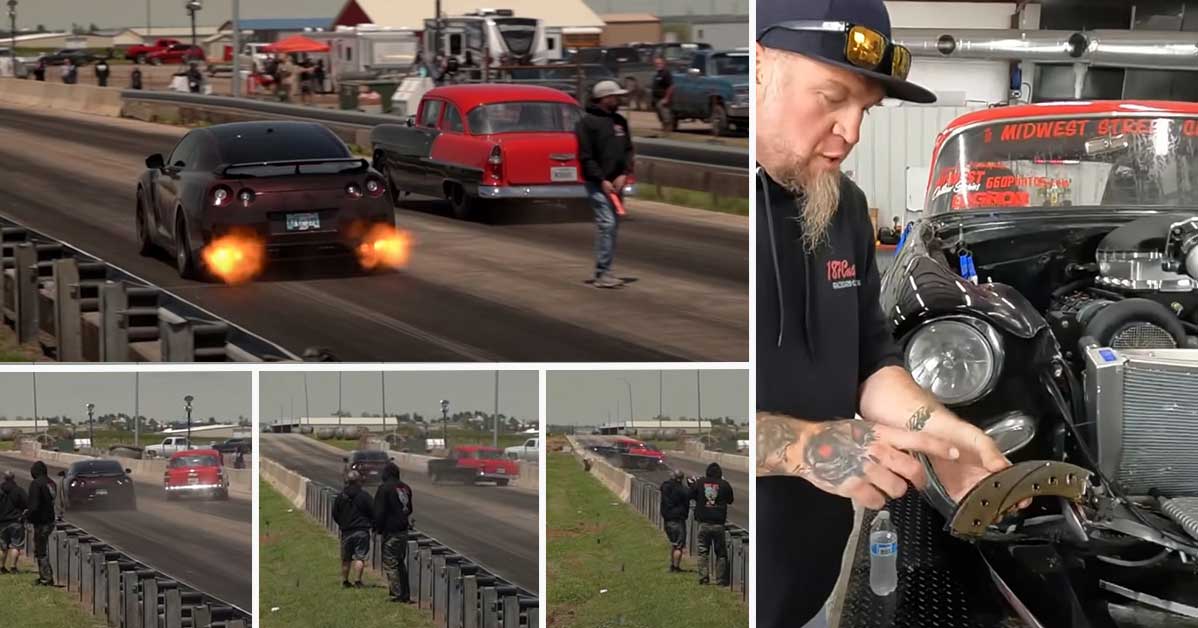 Over the past couple of weeks on the 187 Customs YouTube channel, we have watched Shawn Ellington a.k.a. Murder Nova as he has been picking up the pieces as one of his favorite cars has recently been involved in quite a crazy wreck.

Fortunately, everybody was OK.

However, Ellington has been left to try and figure out what exactly he’s going to do with his machine that ended up nearly rolling over.

Since the accident, we have heard from the Murder Nova camp as Ellington has explained to us that he takes the blame for the incident. Apparently, he failed to adequately prepare his father prior to sticking him behind the wheel of the car.

Shawn says that he didn’t tell his dad that when a drag radial in this sort of setup breaks loose, he should have just let off of the gas and call it a day. Instead, dad decided that he wanted to stay in the throttle and this is where things got incredibly sketchy.

A video of the situation showcases the car going up against a Nissan GT-R. Shortly after breaking loose, the throttle stays pinned as Ellington’s dad attempts to regain control. Unfortunately, there is no control to be found as the ’55 Chevrolet ends up losing control. The footage is hard to watch as the car ends up plowing into the wall before touching its roof to the ground, just inches from rolling over. It was definitely a scary situation to watch.

Since the incident, we have learned that Shawn fully intends to repair the vehicle once again. However, with a crunch like this, that’s definitely going to take some ability and willpower, both of which we sure come in spades when we’re talking about the owner of the vehicle.

The footage, as captured by Trevor Shrier can be seen below.