Murder Nova Puts His Own Cars Head to Head! ManVan vs The ’55!

Murder Nova Puts His Own Cars Head to Head! ManVan vs The ’55!

It just so happens that when you’re famous for drag racing, there’s ...

It just so happens that when you’re famous for drag racing, there’s likely to be a number of vehicles in the stable that will turn heads no matter where they go. For Shawn Ellington a.k.a. “Murder Nova,” he is best known for the car that shares its nickname with its owner. However, this time, we aren’t tuning in for either one of Shawn’s sinister black Chevrolet Novas.

Instead, up for discussion are a couple of projects that have been lurking in the background for a bit. On one hand, we have the awesome daily driver that goes by the name of the “ManVan.” With a plethora of modifications, the Chevrolet Trailblazer SS that makes over 1000hp has really been spiced up to a new level. However, it still seems to be tame enough to be able to drive every day. It’s pretty cool to have a truck that can kick ass on the weekends and still roll up to the grocery store to throw some goodies in the back if need be.

In the other lane, we have a ride that goes by the name of “The ’55.” This is a car that we have seen on the 187 Customs YouTube Channel receiving a fair amount of attention recently, under the hood, we find a ProCharged LS3 combo that’s bound to break a couple of hearts in a race. Sure, this thing might be heavy but it is definitely built to roll out!

By following along with the video below, we get to check in with how these machines match up against one another. Sure, it’s cool to have a couple of fast cars behind the scenes but what fun would it be if we didn’t know which one was the fastest? In the video below from 187 Customs, we get to find out just that! 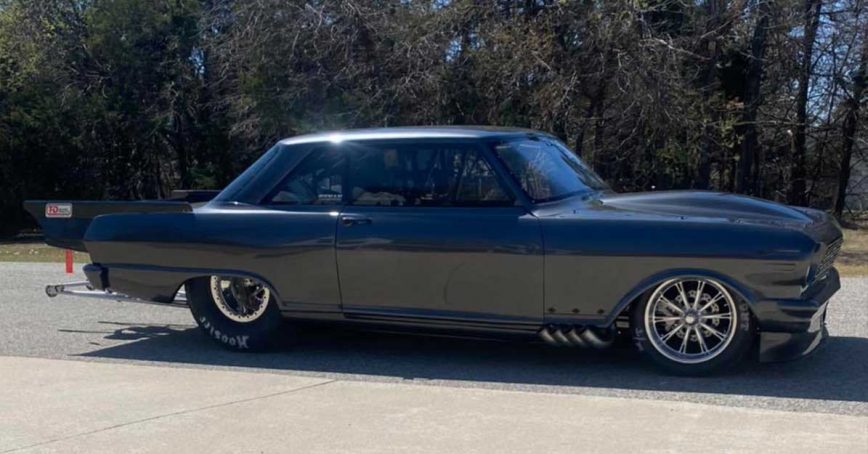