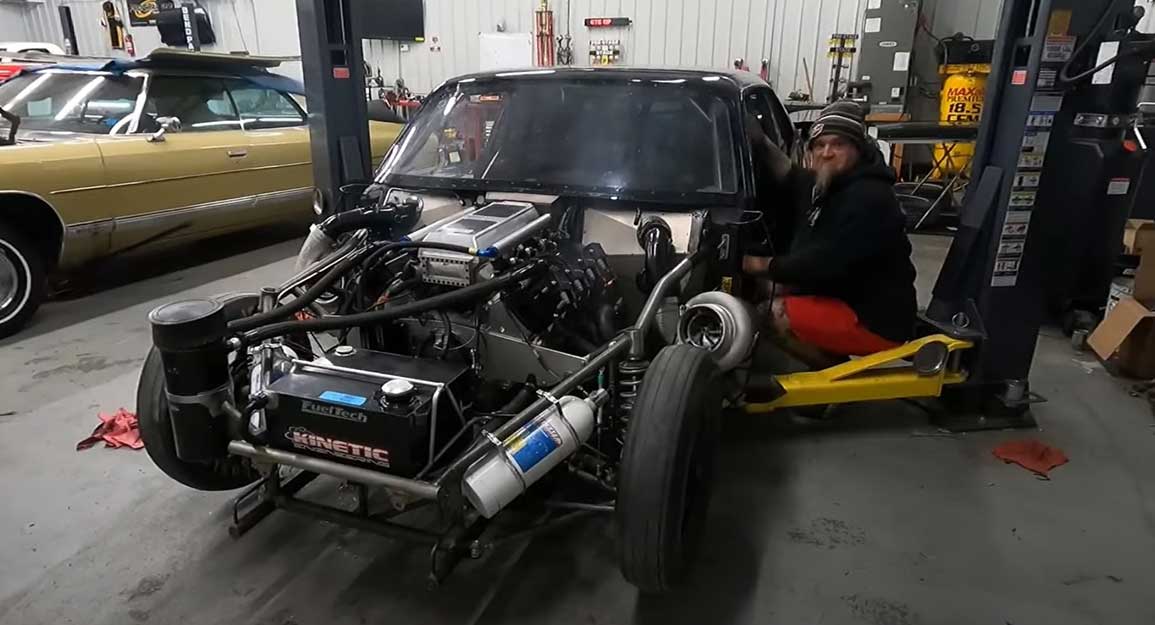 If there’s one corner of YouTube that we can’t help but love it’s the one that helps us get the behind-the-scenes footage from some of our favorite television personalities. Of course, when it comes to the Street Outlaws, one of the most popular of the bunch goes by the name of Shawn but you likely better know him as Murder Nova.

On the show, we find Murder Nova behind the wheel of the sinister flat black Chevrolet Nova as his name insists. However, behind the scenes, let’s just say that he has a couple of extra things going on. Reality TV doesn’t always capture the full picture as time constraints and production can definitely force crews to make some creative decisions. That’s where this sort of content fills the void perfectly. It’s pretty neat to be able to not only follow along with these extra projects but also some of the other day-to-day activities from this fan-favorite on the streets.

In this vlog video, we get treated to a couple of moments of hanging out in the garage to see what’s going on with the crew. In this one, they are taking on a couple of projects. First and foremost, Shawn and Aiden get to break in a new practice tree. Not only is this going to be lots of fun for everybody hanging out in the shop. It could also end up being a pretty useful tool for when it comes time to go to war out there on the street or strep.

Furthermore, we get a look at the no prep version of Murder Nova that has since been painted gloss black. It’s kind of hard to wrap our heads around this one as we have only ever seen this car with a flat black finish. However, as Shawn digs into the idea of painting this thing with a gloss finish and breaks it down, things really begin to fall into place and make a little bit more sense for fans who are curious about the change.