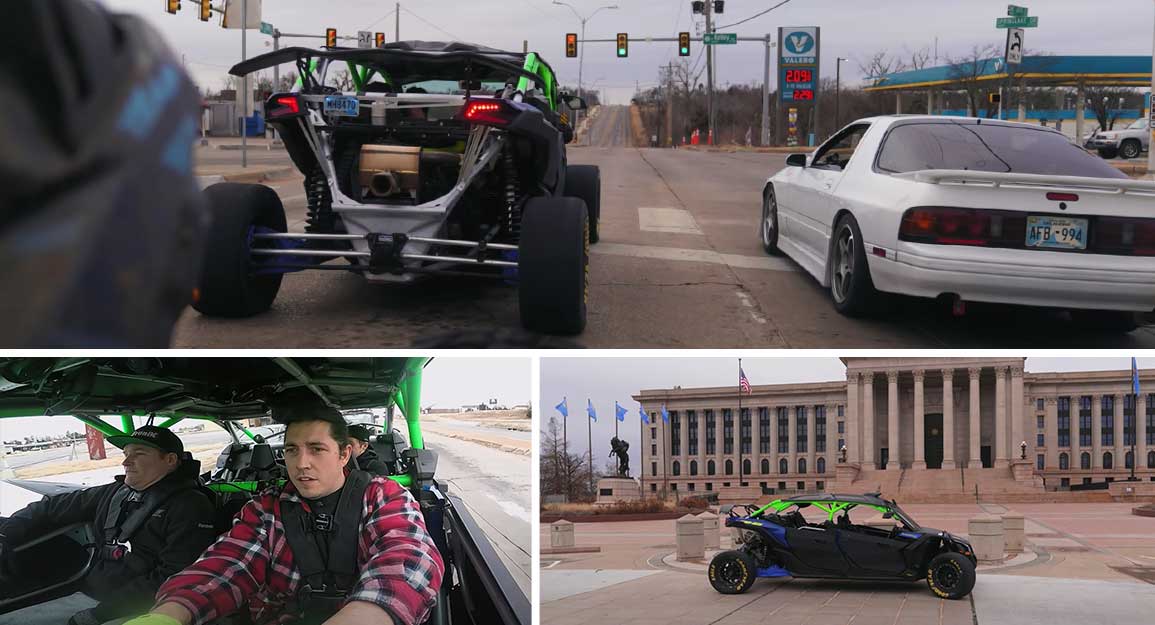 I’m sure that I can’t speak for every single one of our readers but I would venture to think that many of our readers have at least one thing in common. That one thing is the idea that seeing something go fast that we wouldn’t expect can be an all-out adrenaline rush. There’s just something about the unexpected that really gets our adrenaline going.

Just seeing something obscure pull up to a stoplight to race with a vehicle that we would expect to go fast gets our attention quickly. Even though it might look one way or another, we can’t help but wait to see how a battle featuring a Mazda RX-7 racing a 2020 Can-Am X3 turbo is going to play out.

This time, though, thanks to the guys from That Racing Channel, that’s precisely what we get to see. When we think about it, the Can-Am really does have a stout advantage here. While many would look at an off-road machine like this and probably think that it would struggle to keep up with most cars, that’s exactly what they want you to think. In reality, the Can-Am weighs in at under 1800 pounds which is a massive advantage to start from.

Even a street car on the lighter end of the spectrum would probably be at least a couple of hundred pounds heavier. In this example, our quick Google search yielded that the RX-7 in the opposite lane starts out at about 1000 lbs heavier than its competitior. In other words, the Can-Am could carry around another half of a Can-Am and still be lighter than the Mazda.

Finally, down in the video below, we get to follow the full tour of the machine that has been built for speed. Whether it’s in the streets or on the trails, the side-by-side looks like an amazing adventure.

« It’s Always Risky to Blast Through the Surf at Haulover Inlet – These Boaters Ain’t Scared!