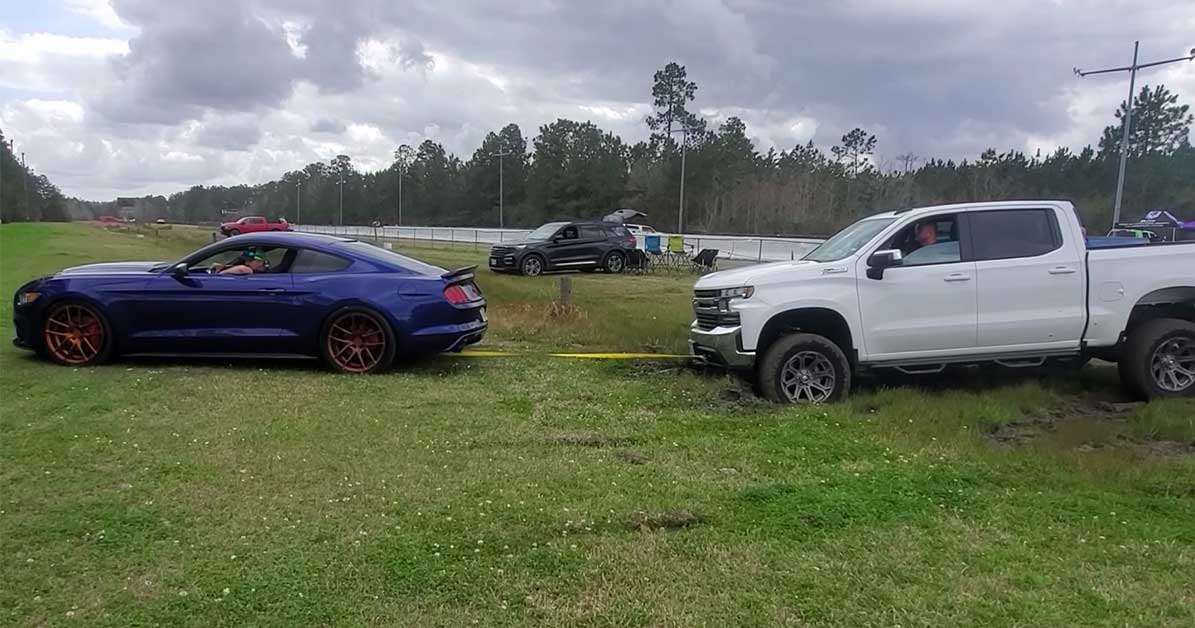 Every once in a while, we all need a little bit of help. As much as some truck enthusiasts like to brag about how their truck never gets stuck and can go just about anywhere, it’s usually not exactly fact. Even the baddest off-roading machines and up needing a rescue every now and then.

This time, though, we check in with a situation that gives us a rather unlikely set of circumstances. Normally, if you’re driving something like, say, a Chevrolet Silverado or any other full-size truck, one would probably expect something heavy-duty to pull their truck from wherever it’s stuck. Maybe even something a step smaller like, say, an SUV akin to a Jeep Cherokee or maybe a midsize truck like a Ford Ranger could take on the job.

However, in a video that’s definitely making people talk, this situation features the likes of a Ford Mustang to pull this Chevrolet Silverado from a position where it has found no traction at all.

In the defense of the truck driver, the truck doesn’t look very stuck. It’s not like the Mustang was pulling this thing out of the sand on the beach or anything. On the other hand, though, you already know that there’s going to be a massive wrath of smack talk between the Chevrolet and Ford community going down here. Honestly, if the dude in the Mustang and the guy behind the wheel of the Silverado here are buddies, we’re not too sure that the dude in the truck is ever going to be able to live this one down!

Down in the video below, we check out the situation it’s not necessarily earth-shattering but definitely interesting to look at. It’s not every day that you see something like a Mustang going on a recovery mission like this!