Mustang Goes Mid Engine With the Help of the “Mach Forty” 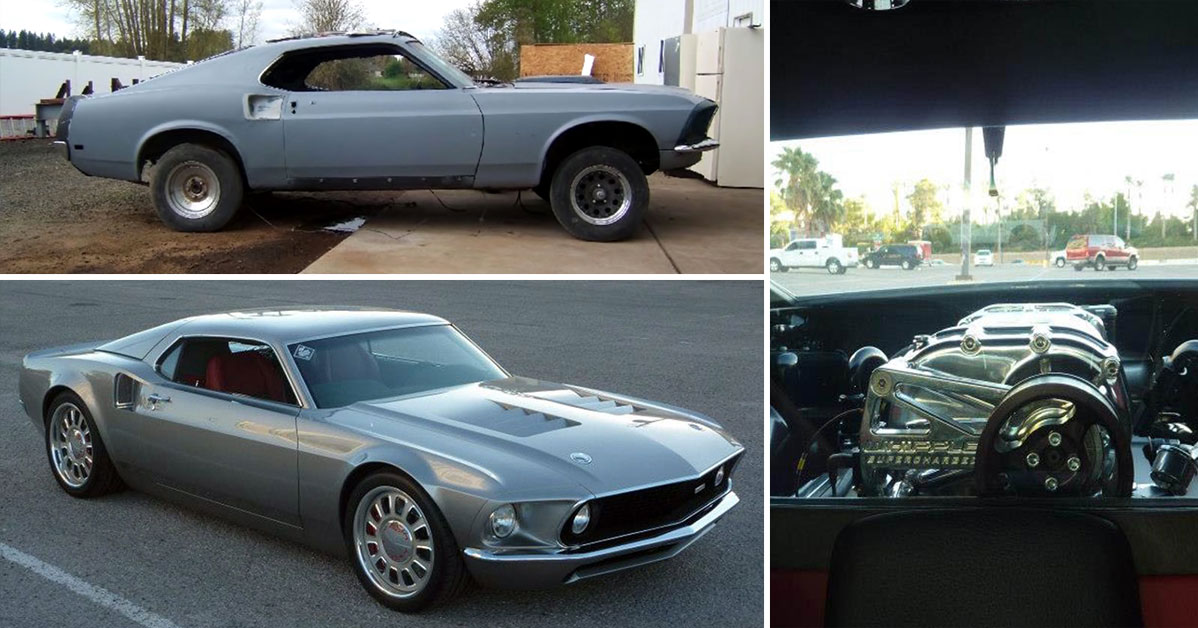 I have to admit it I’m pretty late to the party on this one. However, sometimes, things just slip through the cracks that really shouldn’t.

Back in the year 2012, which was coincidentally a year before Speed Society even got started, a car would come to life that truly created a revolutionary concept at the time. In fact, after seeing what Chevrolet did with the Corvette, finally giving it a mid-engine configuration in the year 2020 after decades of speculation, perhaps the “Mach Forty” was a bit of a pioneer and a visionary product.

Finding our way all the way back to SEMA 2012, we’re treated to a ride that’s absolutely awe-inspiring. The idea was to take a 1969 Ford Mustang, a staple of the muscle car movement, and transform it into something that was completely different.

The result would be a mid-engine car, much like the best that the European supercar scene had to offer. However, with all of that steel, the “Mach Forty” would be something entirely new and different. If nothing else, we have to say that this creation is rolling work of art to really help folks appreciate exactly what good custom work looks like.

With the help of a 5.4 L combination cooled from the 2006 Ford GT along with the GT’s transaxle, we would find a formula that fused together Ford’s best attempt at a supercar with one of the most iconic cars of all time. Also thrown in the mix, we find a Corvette subframe. From there, though, most of this machine is custom-built as we think that most folks would be hard-pressed to find just about anything on the car that remains factory stock.

Down in the video below from MotoManTV, we get a little bit of a throwback that gives us a tour of this ride as it hit the SEMA show. Photo Credit – Carscoops

Scroll a little bit further and you’ll find the complete rundown from top to bottom on how exactly the car was created.

« Can Ram TRX/Ford Raptor Beat an Electric Truck Pulling a Trailer? (Rivian R1T Puts it to the Test)