Can Ram TRX/Ford Raptor Beat an Electric Truck Pulling a Trailer? (Rivian R1T Puts it to the Test) 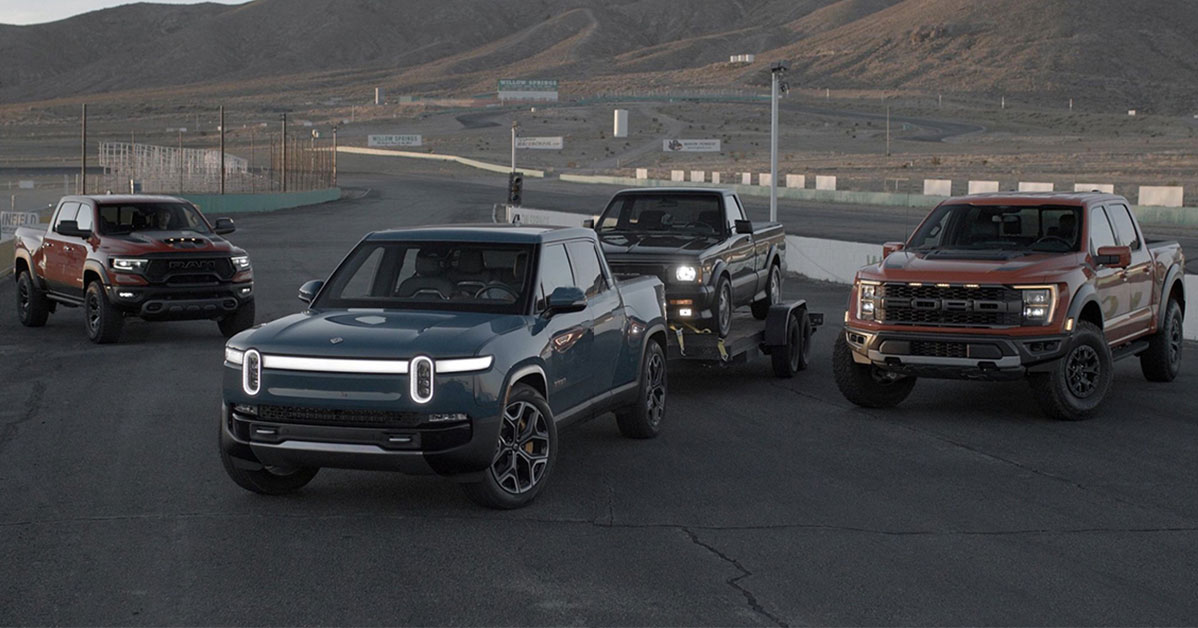 As a big gearhead, I have to admit that I understand how it can be pretty hard to fully accept a world with electric vehicles in it. Without the feeling and sound of a grumbling engine under the hood, it just feels like there’s something missing.

However, this really begs the question of if there is a performance hurdle that these electric vehicles can jump that would convert even the most diehard of combustion engine lovers.

At this point in the timeline, it seems like electric vehicles are basically going to be dominant from a performance standpoint no matter which way we want to look at things. Whether it’s the Tesla Model S Plaid becoming the fastest production car to ever make it down the quarter-mile or the Rivian R1T outrunning the highest performance trucks on the market today, there’s no denying how potent these machines can be from a performance standpoint.

This time, thanks to the folks over at Hagerty, we get an up-close and personal view of just how dominant a truck like the Rivian can be. In this particular demonstration, not only do we get to see the electric pickup go head-to-head with a 2022 Ram TRX swinging a 702 hp hammer thanks to a supercharged V8 and a 2021 Ford F-150 Raptor creating 450 hp with the help of a TwinTurbo V6.

For the main event, we also get to see what happens when the Rivian is pulling along a trailer with a GMC Syclone on it.

For those who are fans of the Raptor, now would probably be a pretty good time to close your eyes because things are about to get incredibly ugly.

With performance like this, it’s kind of hard to deny the capabilities of electric power. When we throw in the fact that the EV is still a newborn in the industry, we know that it’s only going to go up from here.

So tell us, are you onboard?

« Is Synthetic Grease Worth the Cash? Torture Test Gets to the Bottom of It