Navy Sets Off 40,000 LB Bomb in the Ocean, Triggering Earthquake 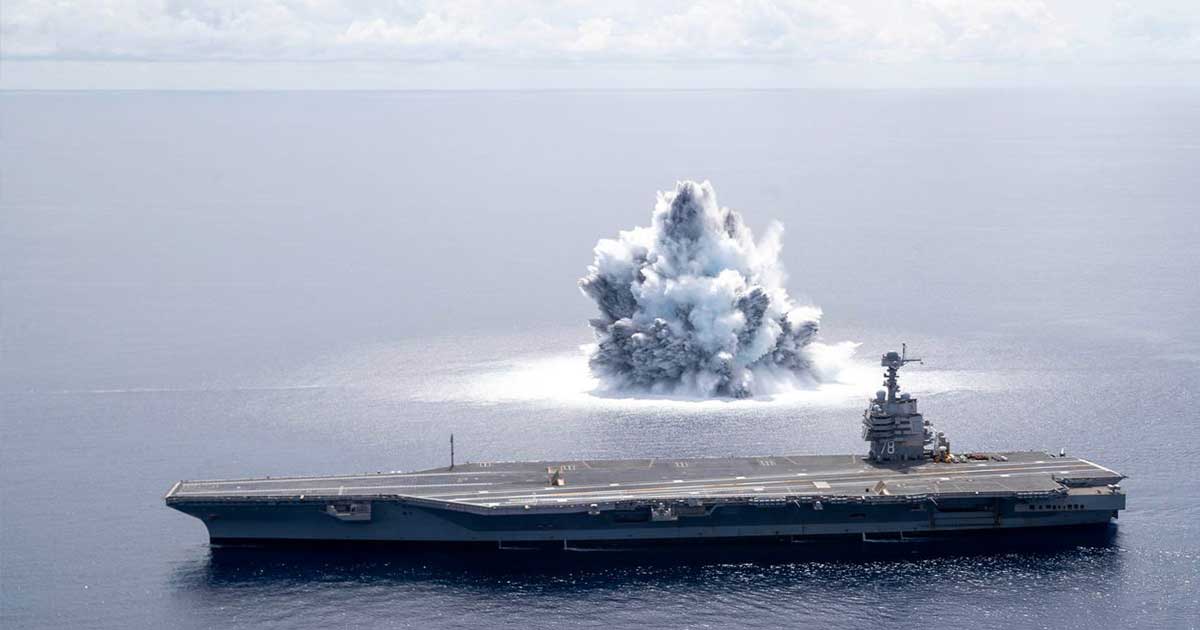 unlike most other vessels on the water, U.S. Navy ships need to be held to a higher standard. In order to make sure that they will be able to endure not only the rough seas but also other conditions that they may face from enemies, a rigorous testing schedule is done to make sure that the occupants onboard can remain as safe as possible. If these ships end up in a war, who knows what might be coming their way?

One of the ways that these ships can be tested out is with what’s known as full ship shock trials. Basically, the Navy will conduct these trials with new ship designs with the use of live explosives. Basically, the goal is to confirm that the warships will be able to meet the requirements on missions that might be rather demanding.

The worst time to find that a ship isn’t going to be able to live up to the environment is right in the middle of a battle. Therefore, it’s done in a safe space where things can really be put to the test without much worry of collateral damage. However, these tests aren’t done on a computer or at a small scale. Instead, a real-life bomb is set off to make sure that the vessels can live up to the challenge.

This time, we check in with an explosion that was purposely set off out off of the coast of Florida. The explosion would create quite the scene as it even went so far as creating an earthquake. Apparently, the shock would shake seismic stations enough to register a 3.9 on the Richter scale.

A couple of videos showcase the event that certainly looks like nothing we’ve ever seen before. It almost looks like something out of a science fiction flim!