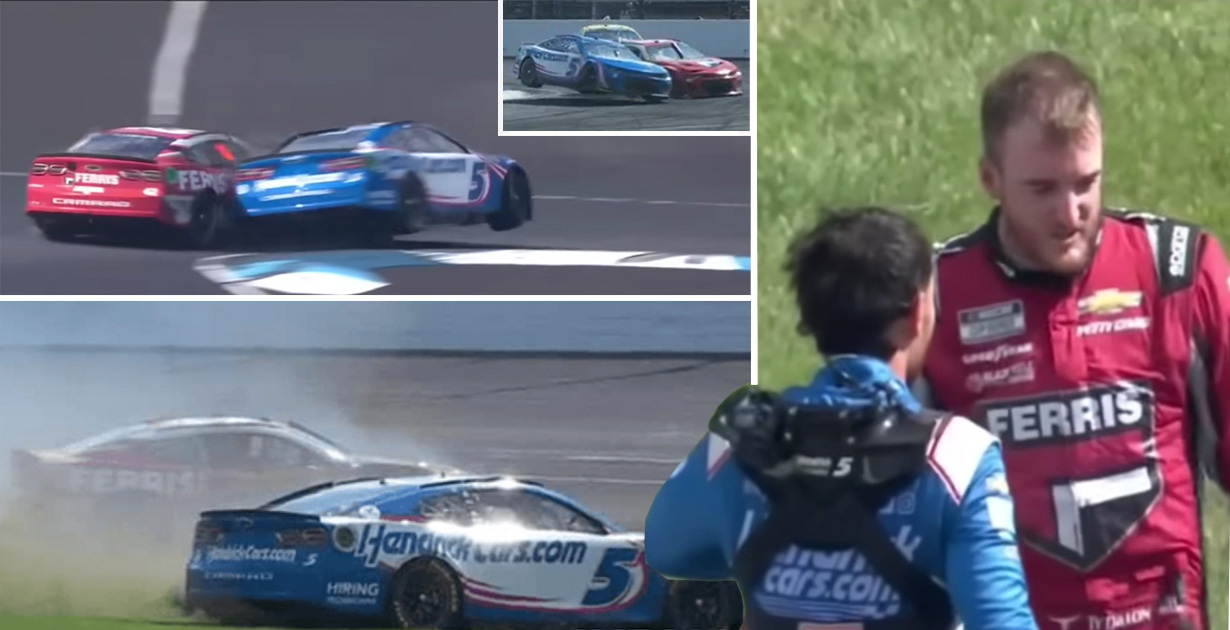 This past weekend at the Indianapolis Motor Speedway road course, there were quite a few instances of contact during the NASCAR race. Perhaps, none was as harsh as the collision between competitors, Kyle Larson and Ty Dillon.

Seemingly out of nowhere, cameras panned to Dillon’s number 42 Chevrolet, showcasing some pretty insane damage. Typically, during a road race, this sort of damage is uncommon. However, the 42 looked like it had been to war and back or run over by a dump truck.

Even more shocking was the footage that came when we were all shown how exactly the 42 obtained that damage. In what appeared to be an apparent brake failure, Larson’s number 5 car wouldn’t slow down in time for a corner that Dylan was slowly making his way through. The number 5 made hard contact with the side of the number 42, creating what might be one of the hardest impacts that NASCAR Cup Series fans have seen in quite some time.

Both drivers were able to walk away but fans were still wondering what exactly happened to lead up to this. With Larson being one of the top billing drivers in the sport, certainly, some sort of mechanical failure must’ve been afoot for him to mess up this egregiously.

However, reports came out on Tuesday that spoke to the contrary. Larson’s team at Hendrick Motorsports reported that they saw no signs of brake failure in the number 5 car following the wreck. Furthermore, data acquired from on board that could have potentially shown mechanical failure also pointed to the idea that no mechanical failure actually happened.

It doesn’t seem as if Hendrick has 100% ruled out something mechanical but so far all signs seem to point to a mistake by the driver. It’s unclear if Larson simply got confused or if something else happened. The situation is still developing.