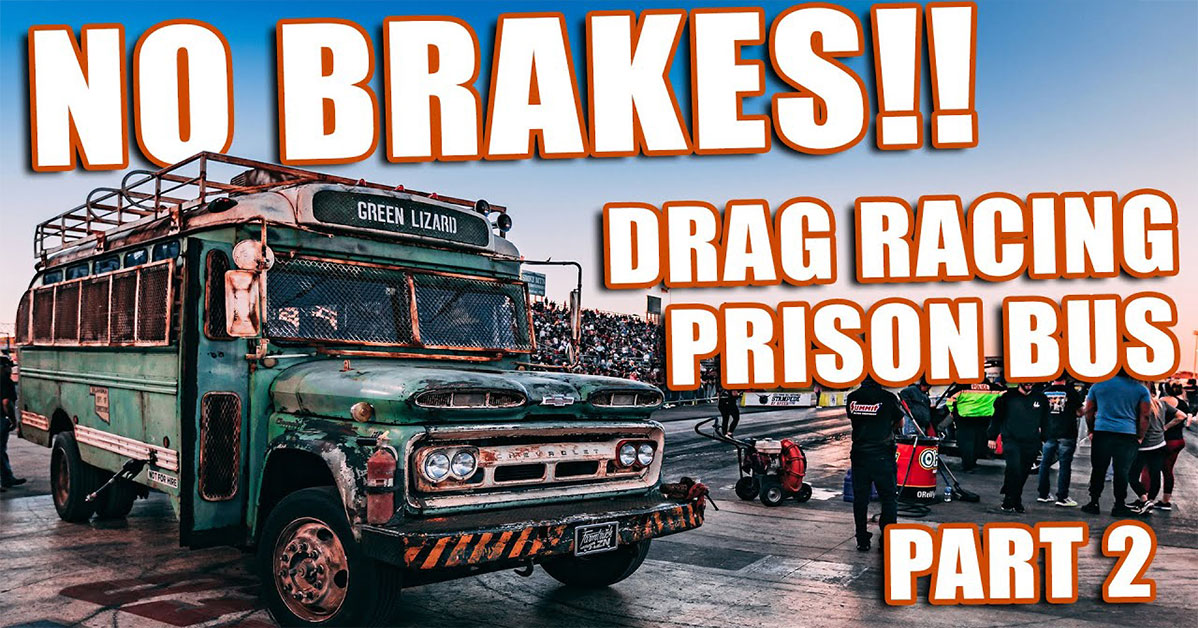 When it comes to Farmtruck and AZN, these guys are always down for a great time. No matter what, when we see them appear on the TV screen or in a YouTube video, the vibe is always light-hearted and jovial. The sort of vibe seems like the perfect foundation to slip in a prank here and there.

So, what makes the perfect prank?

Well, it has to be something that is believable, obviously. If the mark figures out that they are being tricked, the prank ends up going off the rails and falling flat on its face. It also has to be something with a punchline that will have everyone rolling with laughter.

This time, we check in with a prank that felt very real for a moment. When it comes to the Cummins-powered prison race bus that team FNA put together, it would be very easy to believe that some parts might not work. After all, this thing is rusty and looks like it has been sitting out in the desert for decades… Probably because it most likely has been.

Even though we’re sure that Farmtruck and AZN went through all of the pertinent safety equipment and made sure that it was safe to drive, the illusion is definitely there that something like the brake system could end up malfunctioning.

Taking advantage of that illusion, Farmtruck took a crew of people down the drag strip in the bus. That’s definitely not something that very many people can say they have done in their lives. However, where the plot twist comes and the punchline of this video is when he tells everybody that there are no brakes as the bus is chugging along past the finish line at over 70 mph!

We definitely felt a sigh of relief from within the bus when everyone found out that it was nothing more than a prank.