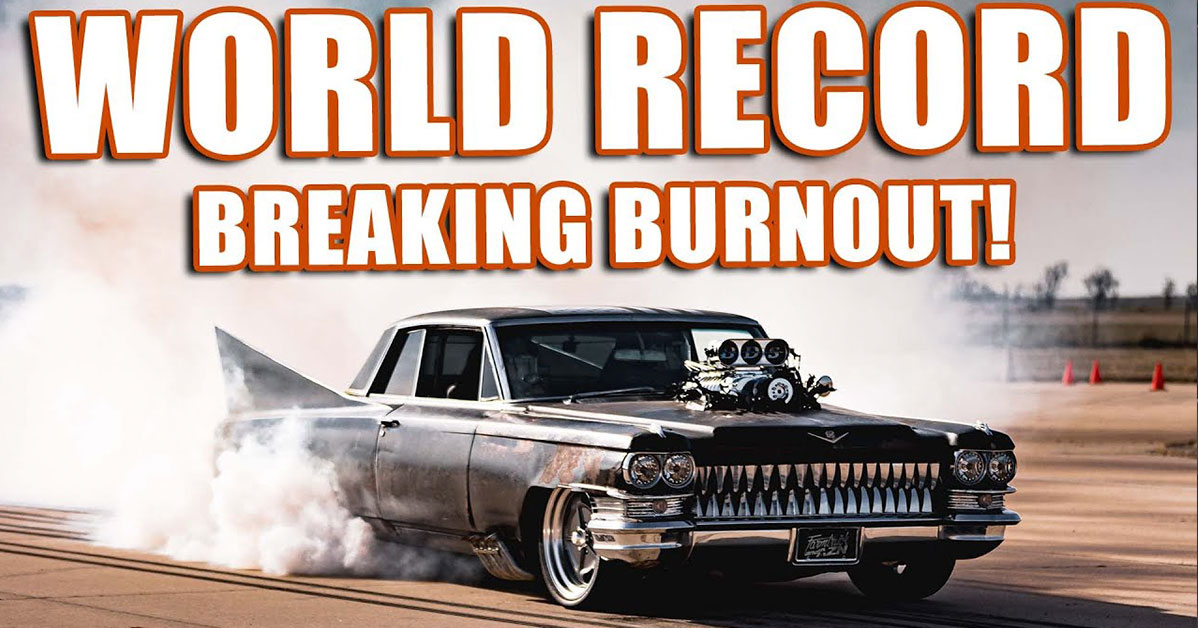 As we get ourselves settled in with Farmtruck and AZN’s new show, we find ourselves deeply immersed in all of the different creative builds they have come up with. For those who don’t know, the new Street Outlaws: Farmtruck and AZN show airing on Discovery has tasked the duo with using their creativity to come up with all sorts of off-the-wall creations.

This time, we check in with one that might be a fan favorite, if I had to guess. The machine goes by the name of “Dark Roast” and presents itself as an old-school 1963 Cadillac. The car’s purpose is to be able to go out there and rip killer burnouts.

While the concept of a burnout car certainly isn’t anything new as the tradition has been going on down in Australia for quite some time, there is a lot that is new on this particular Cadillac. For example, the car features a dual-rear-wheel setup that really sets it apart from the pack.

In order to christen in the burnout car, team FNA takes it out to try to set a world record. The current standing record for the longest burnout is 1,598 feet. It sounds like something that would be rather simple to do. Keep the throttle pinned and just keep the car rolling for that substantial amount of time. However, being able to keep the rear wheels spinning and keep the car straight for such a period of time is certainly easier said than done.

By following along with the video below, we get to go behind the scenes with the awesome new build featured on episode 4 of the duo’s new show. For fans of the show, it’s always cool to be able to go behind the scenes, seeing some of the details that the television cameras just had to leave out that might help tell a bit more of the story.