No Injuries After Two Airplanes Collide Mid-Air Over Denver 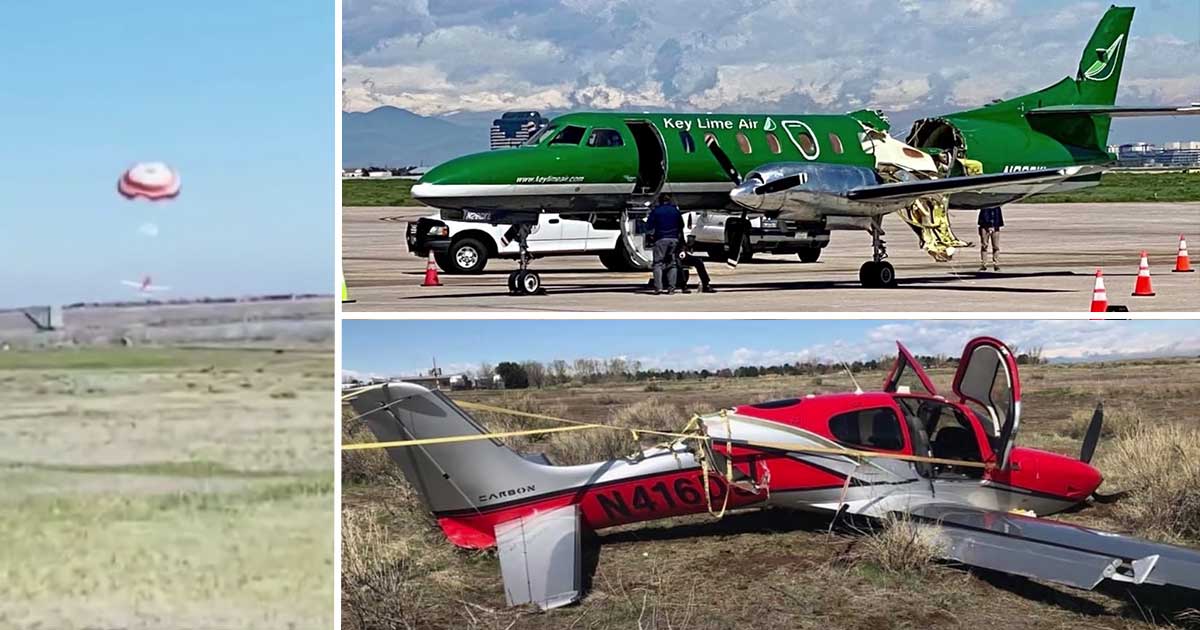 These days, it seems like the news is so focused on things that scare us that some pretty awesome stories end up flying under the radar. This time, we check in with a story that is truly incredible and definitely one to be written home about.

When it comes to airplanes, it isn’t frequently that they come in close proximity with one another while in the air. At the end of the day, there is all sorts of different equipment and people in the loop to try and prevent things like that from happening. However, I guess that sometimes, humans will be humans. We all make mistakes, after all.

In this particular situation, the mistake in question had to be incredibly terrifying. In the air over Denver, two small planes would end up colliding with one another. The collision over a state park involved a commuter aircraft and another aircraft that wasn’t described in a news report. However, somehow, both pilots were able to make it to the ground. The news report didn’t make any mention of if any people were on board so we presume that wasn’t the case.

Even though one airplane had a massive hole in it, the pilot was able to navigate it to safety on the ground. Being able to land something like that is definitely a skill that a pilot would have to dig deep in the handbook to be able to come up with. The other pilot managed to deploy a parachute that allowed the entire plane the glide safely into a field.

It’s certainly not every day that something like this happens but luckily, both pilots were on their toes and able to get back to safety once again. This is definitely one of those stories that would make such a pilot the talk of the party.