Obscure Accident Has Escalade STUCK on a Target Ball

Obscure Accident Has Escalade STUCK on a Target Ball

Retail giant, Target, is known for many things. When folks think of the store, ...

Retail giant, Target, is known for many things. When folks think of the store, primarily, the bright red and exciting marketing is likely something that floats into their minds. I mean, it’s kind of hard to miss when approaching a Target store. Just about everywhere you look at the color red is draped on everything inside and out.

When approaching a Target store, the first thing that somebody probably notices, though, is the big red balls out front. To some, these might look like nothing more than a little bit of decoration. We have to admit that they are a creative way to spruce the place up.

However, another purpose that they serve is to protect customers in the front of the store from motorists who might find their way off of the road.

Typically, these sorts of bollards will come in the form of bright yellow poles and we assume that Target’s design department felt as if such poles didn’t fit the store’s aesthetic so the red balls would fall right in place as a quirky, on-brand way to mix things up.

Apparently, not only do these things look good but they also do their job as well. We have yet to see somebody come in contact with one of these bright red balls. However, a recent video posted by Kevin Gannets put his own mother on blast as mom did just that.

The scene is set as the bright red balls did their job pretty well, protecting the front of the store from a Cadillac Escalade whose driver didn’t see them sitting there.

The way that everything unfolded, though, seems to defy physics a little bit. While we would expect the Escalade, or any vehicle for that matter, to run straight into the ball and come to a stop, something else entirely happened.

Down in the video below, we check in with the scene as the late model Cadillac looks as if maybe it forgot about physics for a moment, skating up on the top of a ball while doing minimal damage to the front of the vehicle. Unfortunately, though, this is probably going to be one expensive repair as the underside was said to have been torn up pretty badly. 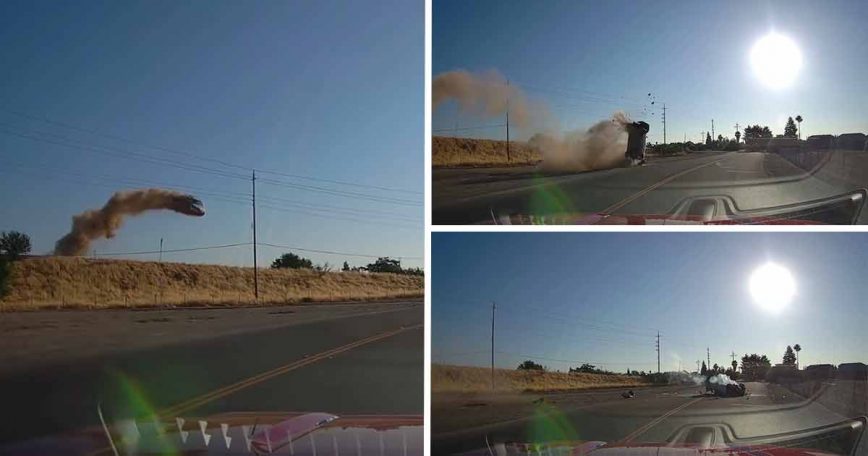