Mustang Owner Gets WEIRD at a 4 way Stop 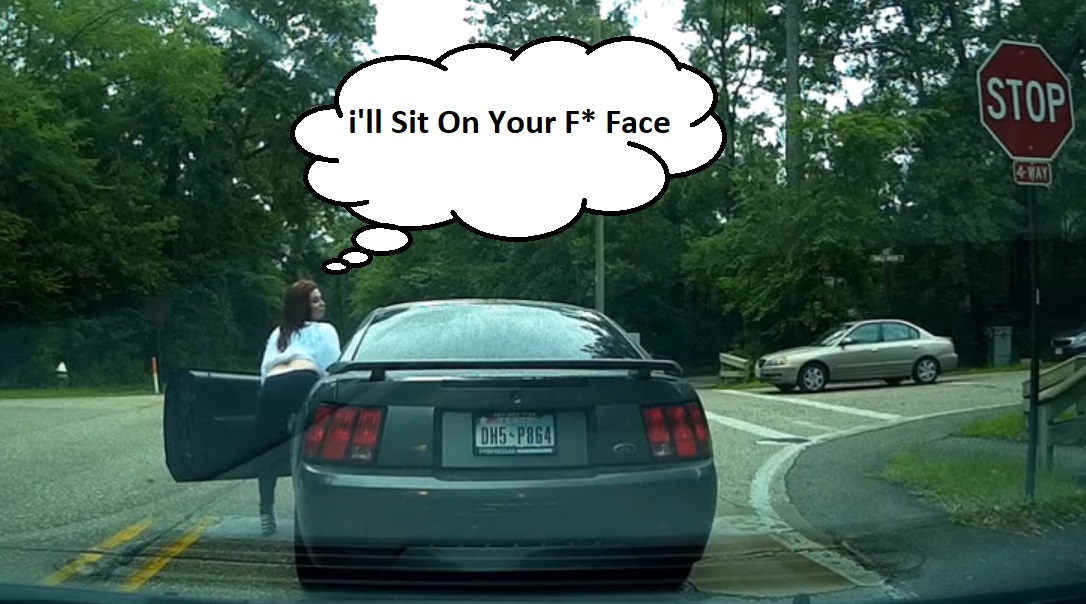 Mustang Owner Gets Road Rage and Things Get WEIRD

Sometimes, other drivers just get on your very last nerve while navigating the roads and you just want to do something to retaliate.

This time, when a Ford Mustang driver was doing 10mph under the speed limit, the driver following her decided to make a few gestures which eventually ended in the oddest confrontation that we’ve seen in a while.

When the woman gets out of her car, a screaming match ensues and she gives him a few choice hand gestures before shaking her rear at him and getting back in her car.

Check out the video below as the whole incident was caught on dashcam. This bout of road rage is just too strange for us. People do some obscure things when under the pressure of anger.