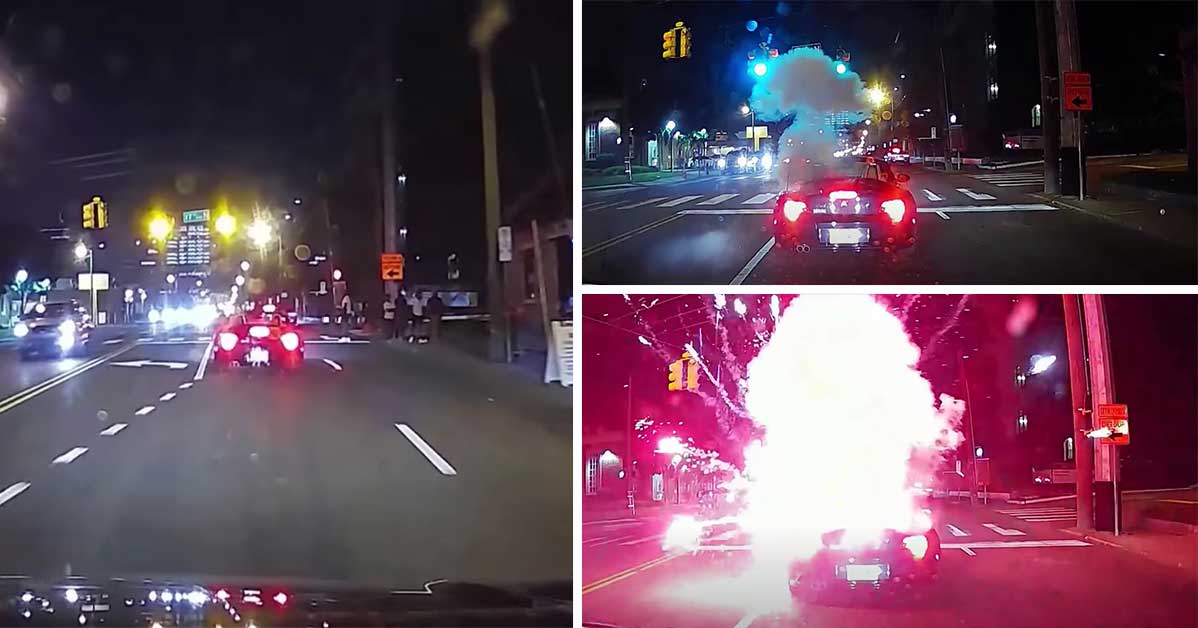 Generally, the Fourth of July is a good time to kick back, relax, and appreciate all the great things about our country. However, there are some people who just can’t have a good time without doing something stupid. In this case, we’re not sure if it’s sheer stupidity or if there’s a dose of evil mixed in as well.

Apparently, the occupants of one white Infiniti sedan set out to spread some negativity in the world as they did the unthinkable on this past July 4th.

As the car was cruising through Nashville, it appears as if the occupants targeted an individual in a BMW convertible with the top down.

When the BMW pulled up to a stoplight, the driver’s friend was luckily behind him with a dashcam rolling that caught the entire thing as a passenger from the Infiniti rolled down the window and threw a lit firework into the BMW. Seconds later, the sedan would speed off on another street after the firework had exploded inside of the target’s car.

It’s hard to make out much detail in the video. Hopefully, the video will help to locate the suspect, though.

The occupants of the BMW suffered minor burns but luckily injuries didn’t go further. The firework was said to have bounced off of the driver, Colin Kirby’s head before exploding behind him. Fortunately, the weaponized explosive didn’t go off when it hit Kirby in the head.

The BMW driver’s mother took to Facebook to explain the situation, saying that her son’s convertible top had been destroyed and it’s going to cost at least $1,000 to replace with a used top before labor.

We know that we’re supposed to stay unbiased but we can’t help but hope that the human scum in the white car gets caught and prosecuted to the full extent of the law.

« Ford Recalling Over 17,000 Trucks Because the Wheels Might Fall Off