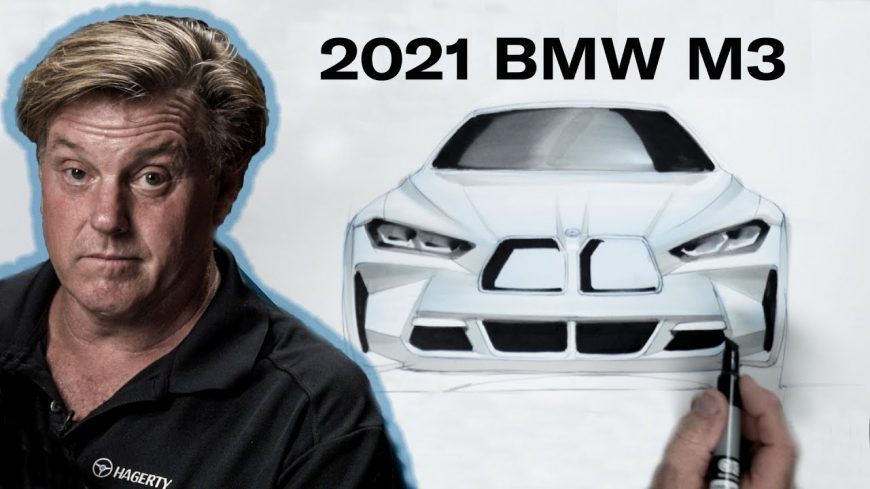 Let’s just say that, with the latest M series BMW, things kind of got a little bit controversial. For years and years, BMW has been known for the kidney bean design on their front grills. The small air inlets have kind of become the signature of the brand as they have adorned the front of pretty much every BMW M3 since the model’s debut.

However, with the 2021 M3, BMW has completely made a 180. Instead, they have taken away the iconic kidney bean design and replaced it with a massive grill that spans from below the hood to the bottom of the bumper. Now, the internet can be a rather polarizing place where the most extreme opinions get filtered to the top. However, there has been some pretty big backlash against the design that kind of goes against everything that the M3 has been built upon. Even for the internet, the amount of people upset by this seems to be pretty huge.

One of the people who is getting in on the criticism is actually world-renowned automotive designer, Chip Foose. As far as Foose sees it, he says that the BMW is basically conforming to an emerging trend. This large grill is something that we have seen on a variety of different vehicles and he insists that BMW is basically doing as everyone else does. In addition, he even goes so far as calling out the brand new M3 and saying it’s ugly. It doesn’t get much more straightforward than that.

If there’s anybody who understands that a design needs to evolve and change over the years, it’s Foose. However, he also insists that an iconic brand shouldn’t ever forget who they are. Sure, evolution might be important in order to keep people interested and stay with the times. In his eyes, though, it seems as if BMW has dropped their unique flare and leadership in the community for conformity to a popular trand which isn’t exciting for anybody.

Down in the video below, we watch as Foose takes the new and controversial design and completely overhauls it, giving life to what he thinks the 2021 BMW M3 should have been.