Prepping the OG Murder Nova to Film Another Season of Street Outlaws + Testing!

Prepping the OG Murder Nova to Film Another Season of Street Outlaws + Testing!

If there’s one thing that isn’t shown on the Street Outlaws screen all ...

If there’s one thing that isn’t shown on the Street Outlaws screen all that frequently, it’s just how much effort all of the show’s competitors invest in competing. It seems like those who are more active on social media show us a life where things are pretty much dedicated to work. Sure, these guys all have to blow off steam every once in a while but there are countless hours that are sunken into making sure that their car, or cars in this case, are ready to go on race day.

In this particular situation, we join in with Murder Nova who, as we know, has a pair of racing machines at this point in time. It seems like those with more than one vehicle definitely have some luxuries as they can tweak and tune each one for a specific purpose. On the flip side, though, it also seems as if this sort of setup requires a little bit more elbow grease to get things rolling. At the end of the day, no matter what way we slice it, having more than one car to get ready to race is going to require at least a little bit more work.

This time, we, fortunately, get to see behind the scenes as that all comes to life. In the video down below, we get the check-in as Shawn prepares the OG Murder Nova to film another season of Street Outlaws. In addition to doing a little bit of maintenance and updating at the shop, we also watch as the car gets sent down the drag strip to try to be the best version of itself. If there’s one thing that we’ve learned about this sort of competition, it’s that competitors should always be on the top of their game because if they aren’t, somebody in the next lane over certainly will be. Photo credit – FNA & 405 Photo

Murder Nova Puts His Own Cars Head to Head! ManVan vs The '55! 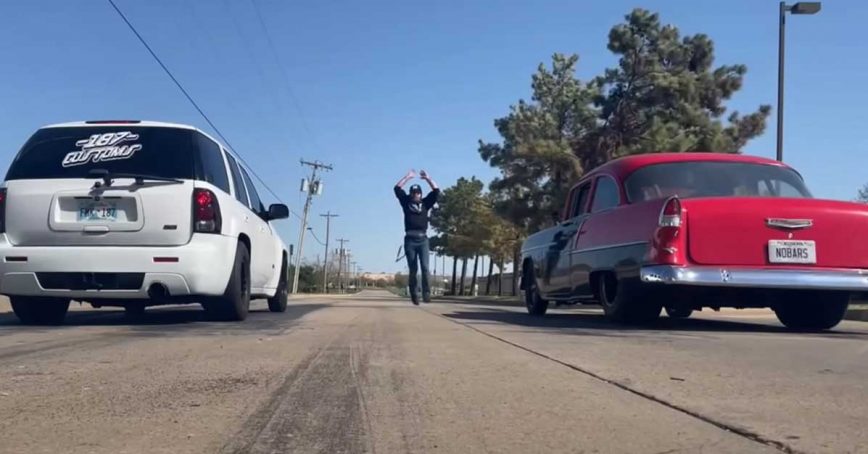