Pulling a J-Turn in a Remote Controlled KITT Replica 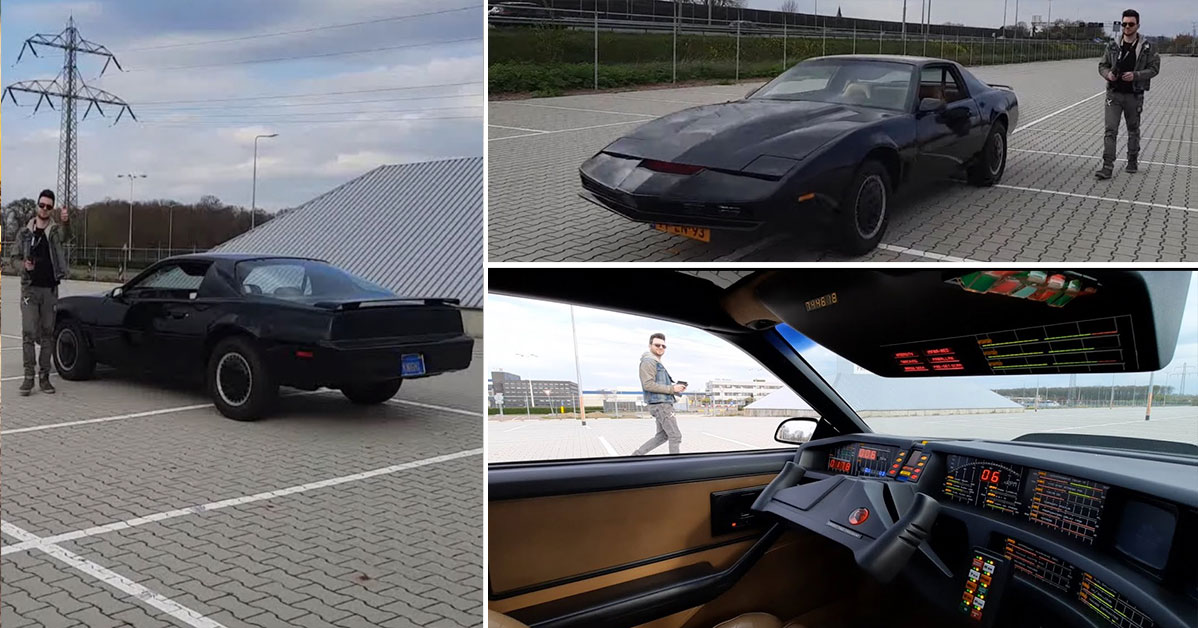 For those among us who really get into movies, it could be cool to watch our favorite cars from these movies come to life. This is a concept that we see over and over again with cars from the Fast and Furious franchise as people are willing to pay big money or invest a ton of time into both replicas and originals alike.

While it might be challenging to create a replica of a car from the Fast and Furious series, getting every detail just right, we would think that it would be a bit simpler than making a functional replica of a ride like KITT from Knight Rider.

As fans of the series will tell you, KITT was a Pontiac Firebird that was able to drive itself and do much more. While we haven’t quite found anybody who’s able to replicate the car’s artificial intelligence, engineering master, Bjorn Harms, was able to create a KITT that appears to drive itself.

No, the car isn’t autonomous as we see with some of the new releases in the automotive world, even though we wouldn’t put it past Bjorn to integrate that at some point in the future. However, this version of KITT is able to operate without anybody inside.

Down in the video below, we check in with the latest from the remote-controlled KITT replica that shows off a machine capable of doing anything a regular car would except without people inside.

This isn’t the creator’s first rodeo, either, as he has also created a full-size RC Corvette as well. There might be a lot of remote-controlled options on the market these days. However, we would venture to think that doesn’t get very much cooler than this!

We think it’s pretty awesome when Harms manages to rip a j-turn, all without so much as touching the car!