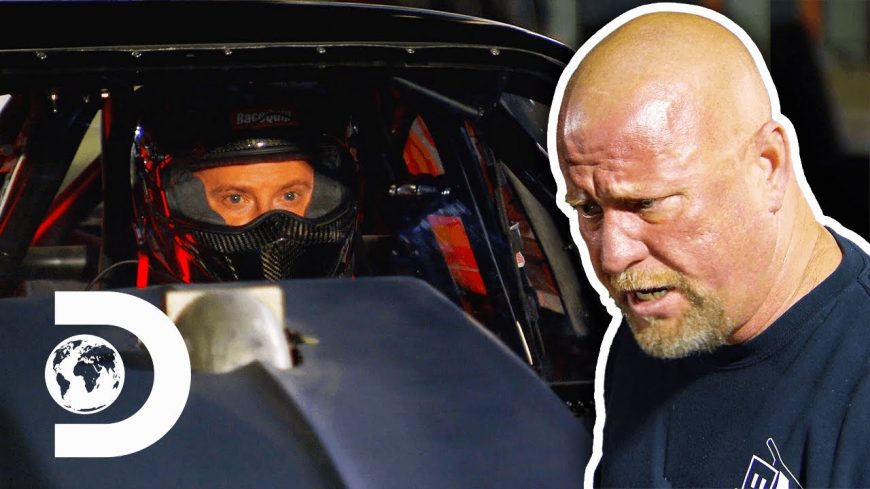 It isn’t Street Outlaws if someone isn’t getting a little bit heated. The driver who goes by “Reaper” has become particularly known for his tendency to be a little bit aggressive in his style of negotiation. However, when it comes to competing in the streets, sometimes, this might be necessary in order to make sure that the next racer isn’t trying to take advantage of you to leapfrog their way to the top.

This time, we check in with an episode of Street Outlaws that shows Reaper attempting to defend his spot on the list. However, when competitor, Shane, wants to take that spot, it seems like he’s going to do what it takes to win, even if it means stepping on some toes.

Now typically, drivers might give each other a couple of minutes to make sure their cars are right before they pull up to the line to initiate a race. In this particular situation, though, it would look as if Shane wasn’t having it when he told Reaper that he should’ve been ready.

Heated about the situation and thinking that he was going to end up losing the spot without being able to defend it, Reaper might’ve just lost his cool a little bit before the competition.

When push came to shove, none of it would really matter as Shane would end up taking the position anyway once Reaper did pull to the line to defend his spot. After the steering wheel came off in the middle of the past for Reaper, he was probably just happy to be able to take his car home in one piece.

Shortly after the race, Murder Nova would jump to the opportunity to call out Reaper for the number 10 spot and make his way back to the list once again.

« Turn 14 Launches Campaign in Support to Protect Our Racecars from EPA. (RESC Coalition)