Turn 14 Launches Campaign in Support to Protect Our Racecars from EPA. (RESC Coalition) 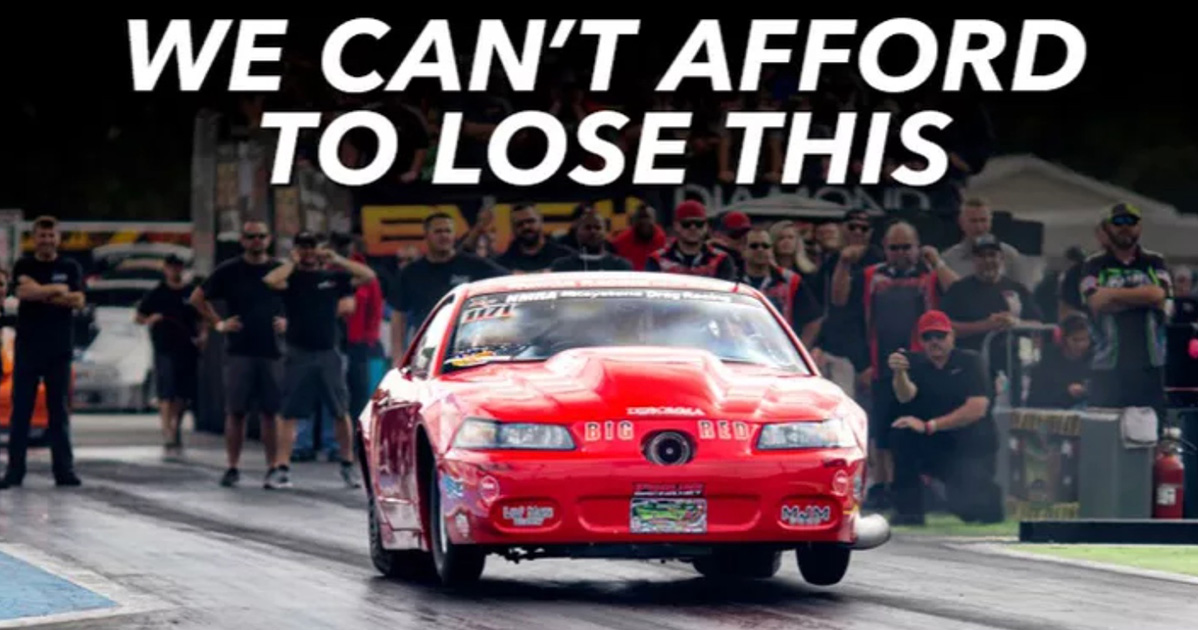 TURN 14 DISTRIBUTION LAUNCHES CAMPAIGN IN SUPPORT OF THE RACING ENTHUSIASTS AND SUPPLIER COALITION TO PROTECT OUR RACECARS FROM EPA OVERREACH Horsham, PA (April 26, 2022) — Turn 14 Distribution, the industry leader in performance parts distribution, has launched a marketing campaign to support the Racing Enthusiasts and Supplier Coalition (RESC), of which the company’s CEO Jon Pulli is co-chair, as the coalition brings a petition against the U.S. Environmental Protection Agency (EPA) regarding the conversion of streetcars to dedicated racecars.

RESC’s petition against the U.S. EPA is to determine if the EPA has the authority to prohibit any individual from disabling, removing, or rendering inoperative emission controls on an EPA-certified motor vehicle that is being or has been converted to be used solely for purposes of the competition and is or will no longer be used on public roads. If granted the authority, this interpretation would render most racecars in the U.S. illegal, making criminals of the vehicle owners, shops, manufacturers, and distributors who use, install, or sell related products. The implications of the current ambiguity in the Clean Air Act is detrimental to the foundation of the aftermarket automotive industry and eliminates any prospects for amateur racers to enter motorsports affordably.

“The future of amateur racing is at risk. RESC was founded to give voice to the multitude of potentially affected participants, enthusiasts, and businesses. It’s critical that we act now to protect our sport and one of America’s oldest and greatest pastimes,” said Greg Neuwirth, co-chair of RESC.

RESC and its supporters are comprised of passionate enthusiasts, small business owners, and thousands of employees and their families that rely on automotive racing for their livelihoods. To learn more about RESC and how you can help support its efforts to protect our nation’s racecars, please visit the following GoFundMe page. 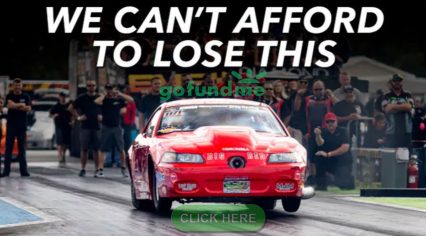 In 2016, the U.S. EPA changed its interpretation of the Clean Air Act to announce a new position that the conversion of street cars into racecars would be outlawed. This lawsuit is not a replacement for congressional action to protect racing; rather, it is an essential step we can take ourselves, as an industry and as racing enthusiasts, towards protecting racecars while we wait for Congress to act. This case directly challenges in Federal Court the EPA’s assertion that those who design, sell, and install parts converting street vehicles into racecars are violating the law, despite decades of hobbyist participation in this American pastime.

Without the required funding, we cannot bring this case to trial.

100% of all donations, after GoFundMe.com fees, will be utilized to pay court costs and legal fees to take this critical case up to the Supreme Court, to advocate for reasonable action by the EPA, and for related RESC advocacy work. Donor money will only be used for these purposes. Donations to RESC should not be considered charitable donations for income tax purposes. Please consult your tax advisor regarding any tax implications for you or your business and whether your donation may be considered a business expense. The Racing Enthusiast and Suppliers Coalition is organizing this fundraiser.
PACER , Public Access To Court Electronic Records, can be used to follow this case. Please note you must register to use this system.
Case Number: 16-1447
Case Title: Racing Enthusiasts v. EPA, et al
Court: U.S. Court Of Appeals, D.C. Circuit
How a Bill Becomes a Law – #RPMAct Update!

Petition for Review of the “Greenhouse Gas Emissions and Fuel Efficiency. Click to read (9 Pages) 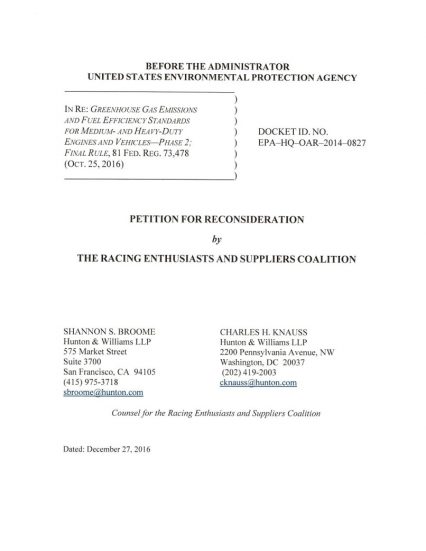 Turn 14 Distribution is an award-winning national warehouse distributor, which sells vehicle parts and accessories into the automotive aftermarket exclusively through the business-to-business channel. With distribution centers in Pennsylvania, Texas, and Nevada, the company boasts ground shipping coverage to 43% of the U.S. population in one day and 100% within two days. Turn 14 Distribution leverages proprietary technology and innovative logistics solutions to drive growth, while simultaneously developing robust, symbiotic relationships up and down the supply chain to accelerate that growth. Turn 14 Distribution is privately owned and operated.

« Watch the Final 8 Square Off at No Prep Kings Virginia