It seems like recently, one of the more popular ways to go about creating automotive ...

It seems like recently, one of the more popular ways to go about creating automotive YouTube videos is to rebuild damaged or destroyed vehicles. One of the builds we have really had our eye on is that of the Gas Monkey Garage Chevrolet C10 that has been taken on by Alex Rebuilds. The truck has been going over from head to toe with all sorts of custom components that really make this thing scream. The one-of-a-kind custom machine ended up at a salvage auction, though, after it was damaged beyond what its owner saw fit to be repaired.

Luckily for us, though, Alex seems determined to bring this truck back to life. That might even mean dropping some serious money, time, and effort into the rebuild.

For those who have been following along, they’ve seen Alex strip the truck down and order a couple of new parts. In part four of the rebuild, Alex takes on what might just be the biggest challenge yet. In this one, we watch as he heads out to find a frame to replace the current frame with. We would venture to think that finding one that’s not too beat up is easier said than done, given the age. While the existing frame of the truck is certainly beautiful. However, because it’s twisted beyond repair, just simply has to go.

By following along with the video below, we get the watch Alex’s plan to replace the custom component. As it turns out, this isn’t as easy as just slapping another frame on the truck and letting it roll. Instead, the custom piece really throws a couple of challenges in his direction. How exactly does one go about finding just the right piece to replace it? This time, we find out just that!

We can’t help but love the direction this thing is going in! 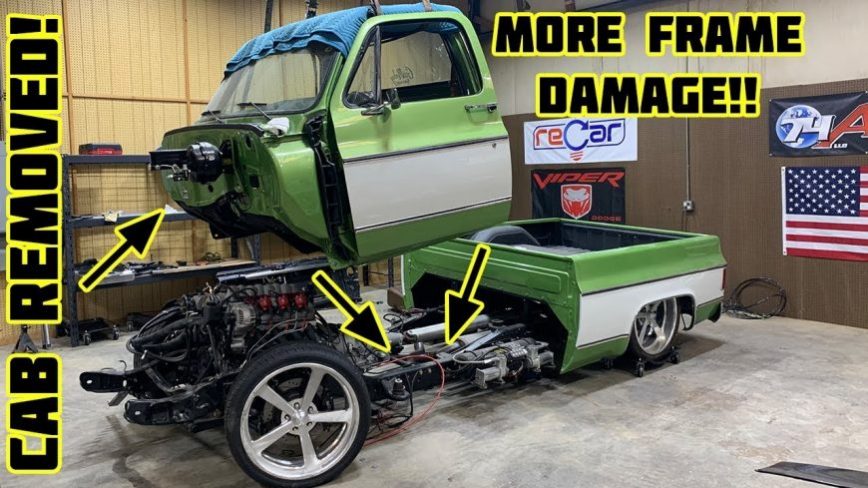