Reviving a Truck That Has Been Sitting at an Abandoned School For 9 Years IN THE SNOW! 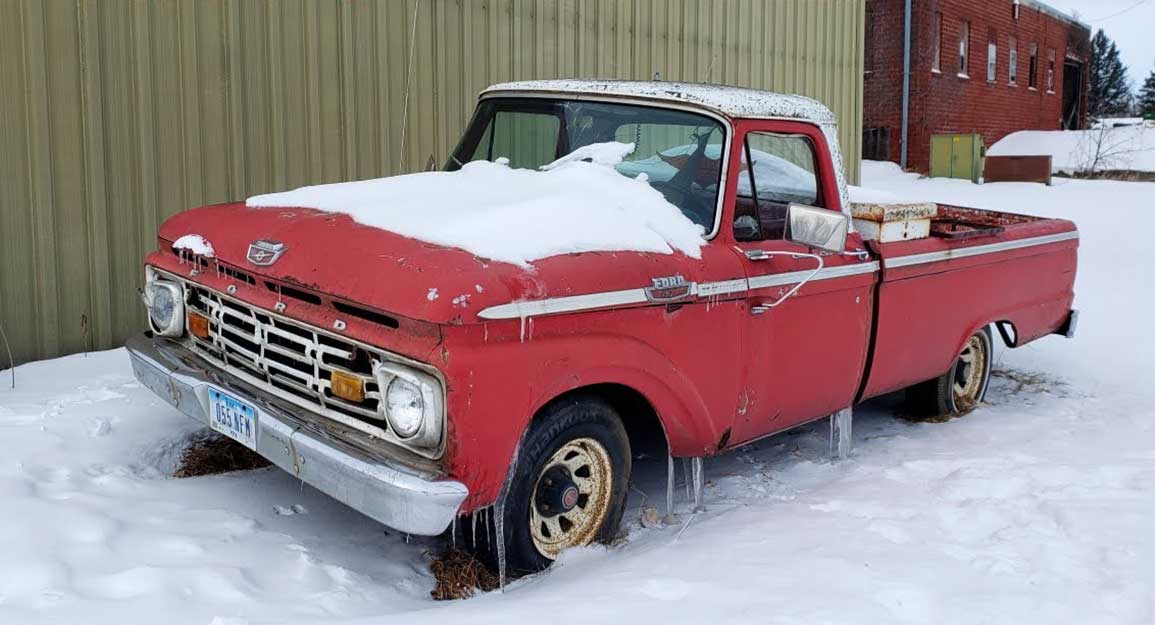 I’m pretty sure that there are a lot of us who would love to add something like a 1964 Ford F-100 to the collection. However, in good condition, these trucks bring pretty good money that not everyone has. However, where there are a keen eye and a little bit of a sense of know-how, there are definitely projects out there that can be found on the cheap and brought back to life once again.

This time, for example, we check in with Junkyard Digs who takes us to the scene of an old abandoned school that has been out of use for nine years. The truck in question this time is the aforementioned Ford F-100 and it has been sitting at the school for what’s estimated to be that same period of time, if not longer. During that time, we’re sure that it has seen all of the elements from snow to heat and certainly its fair share of moisture. However, that doesn’t stop these adventurous mechanics from going out there and trying to bring this thing back to life once again.

After acquiring the truck for the small sum of about $500, the task was on to try and get it to breathe life once again. As it turns out, this isn’t always the most complicated thing in the world. However, after getting it up and running, we’re sure that a couple of things probably need to be replaced in order to make something like this roadworthy once again.

This time, by following along with the video below, we got to dial ourselves into just that process. It’s pretty awesome that over the span of just a short video filmed in less than a day, the old truck is able to breathe life. It might not be running on all cylinders just yet but with a little bit more work, we think the old-school pick-up has some serious potential to really become something awesome.