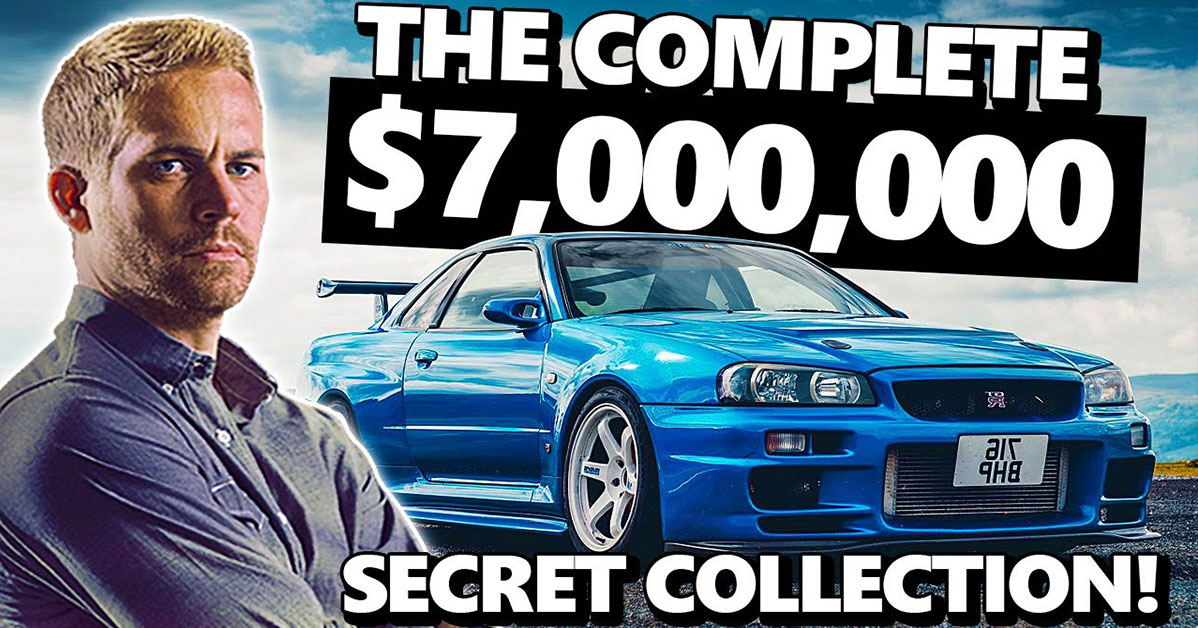 While on the screen, plenty of actors are just acting out a role. It is their job, after all. However, it seemed as if Paul Walker had a little bit more of a connection to his role in the Fast & Furious films than most of his costars.

As many would come to find out, Walker was actually a pretty big car fanatic which made the audience fall in love with him even more.

So, what does any self-respecting car fanatic do when they have a ton of money to blow? They certainly start chipping away at that good old fashion wishlist.

As it turned out, Walker had put together quite a wild car collection for himself over the years. Around the internet, the collection is called a “secret” collection but we aren’t quite sure if it was top-secret or if Walker just chose not to publicize his rides as many do in the age of Instagram.

In any case, what resides in this particular collection is something that will make the jaws of most enthusiasts drop to the ground. With the collection, we can certainly tell that Walker wasn’t just someone who went around purchasing expensive rides, parading this love for cars as some sort of facade. Instead, he really seemed to know his stuff when it came to high end cars that only collectors would truly be able to appreciate.

Down in the video below, we get the tour of this so-called secret collection that features all sorts of variety and a lot of it. When we tally it up, estimates place the collection somewhere in the $7,000,000 range.

From tons of JDM to a supercharged Ford GT and tons of Mustangs to weird cars like a big block Chevrolet Chevelle wagon and some rare BMW M3s, this collection shows off a little bit of everything. It’s definitely something to be admired long after Walker has passed.

« Does Anti-Seize Compound Actually Work? Anti-Seize vs Grease vs Others!