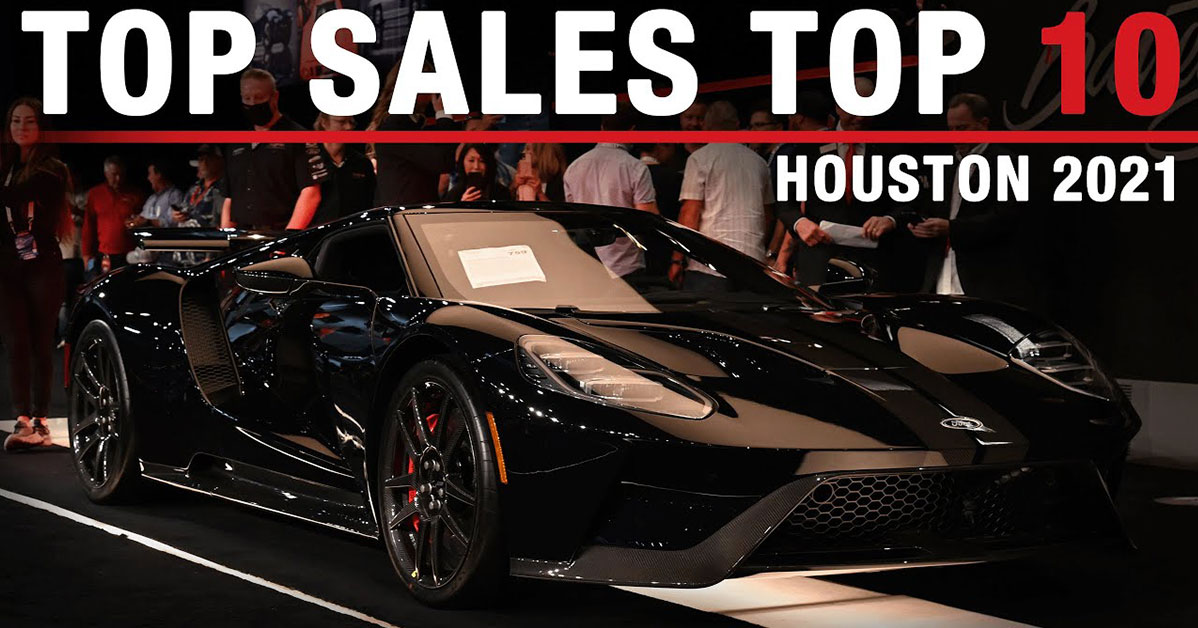 One of the awesome things about heading to an auction like Barrett-Jackson is that we absolutely never know what we’re going to have the pleasure of seeing. The auction has become known for some of the highest class and most expensive cars around the country. In turn, there are all sorts of oddballs that sellers are looking to unload and buyers have their money ready to purchase. We can’t even begin to describe the field of cars that spans in everything from new releases to pieces of automotive history.

This time, though, we aren’t taking a look at the oddballs in the auction. Instead, we take a look at the top 10 most impressive cars to make their way across the block – at least when it comes to the final hammer price. The collectors who were bidding at this auction meant serious business.

Even in the top 10 list, though, we have ourselves a pretty good bit of variety. Whether you’re a fan of the old school or the new school, there’s a little bit of something for everybody here. Even though the last is mostly dominated by American machines this time, there’s even a European classic thrown in as well as we get to see an iconic movie car bring the most money!

Fans of the classic Tom Cruise movie, Risky Business, will be excited to see the old-school Porsche still looking exactly as it did in the film. When push comes to shove, this car was one of the most expensive of the weekend and brought some pretty massive money.

Down in the video below, we get to check in with these incredible machines to see exactly what they have to offer and how much the folks in Houston were willing to pay. No matter what way we slice it, just about any member of this group would be an awesome piece to add to just about any private collection.