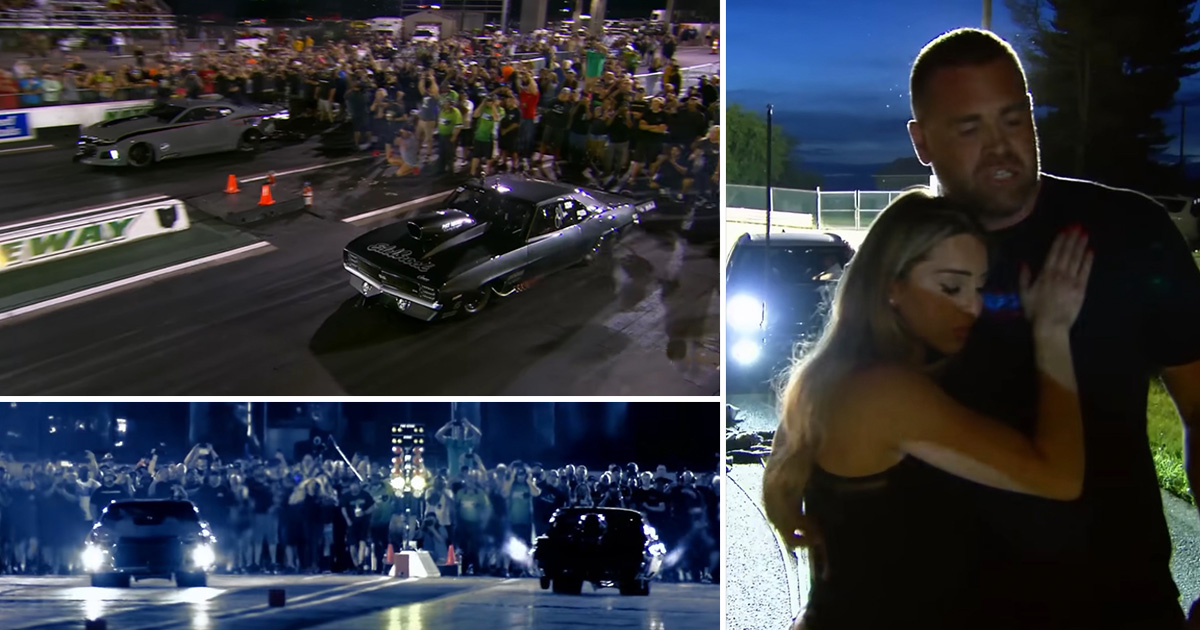 Coming into No Prep Kings at National Trail Raceway, top competitor, Ryan Martin was feeling good. In his own words, Martin commented that he put a hot tuneup in his car and thought that the race track was in good condition to lay down a great pass. However, when going head-to-head with fellow competitor, Lizzy Musi, Martin admits that racing with Musi has been a little bit of a challenge. Martin remarks that Musi has had his number over the years and this year, he hoped to turn a corner to try and gain the upper hand.

With the conditions being the way they were, it seems as if Martin had quite a bit of confidence heading into this race, and for good reason. When the paid of racers went down the track, Martin did end up coming out ahead. However, perhaps the most memorable part of the pass was after the duo crossed the finish line.

As the drivers began to slow down a little bit, both were moving around the track quite a bit. With that, both drivers crossed the center line, banging doors with one another at incredibly high speeds. Martin says that it was about 200 mph when they got into one other. Generally, this is a situation that can be incredibly hard to tame when a contact comes into the picture.

Following the tangle, both drivers seemed apologetic and understanding of the situation. Martin even commented that it was incredibly lucky that the two did not lose control after running into each other at 200 mph. After analyzing the situation, we have to say that Martin is 100% correct. While it stinks to have a little bit of body damage, this one could’ve gotten incredibly out of hand and turned much worse. Fortunately, though, both cars would roll away and on to future competition.