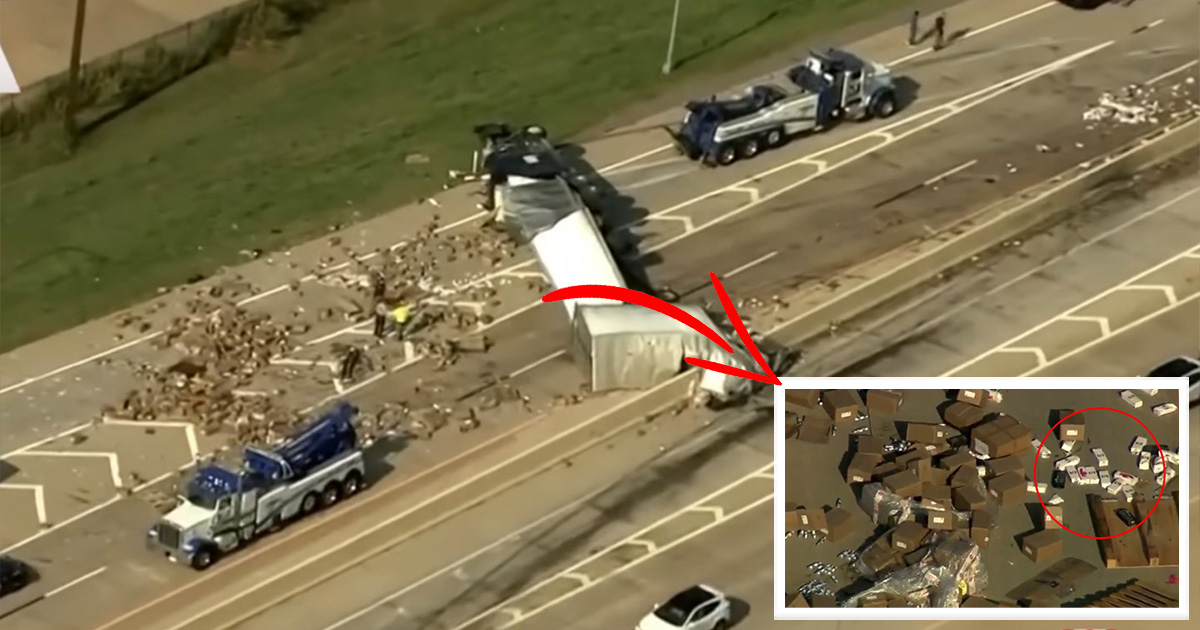 It isn’t very often that a semi-truck rolling over goes incredibly viral like this. At the end of the day, while this isn’t something that everybody is accustomed to seeing, it is, in fact, something that’s relatively common.

What isn’t common, though, about this particular situation is the load within. I guess that a situation like this really makes a stop and think that, when cruising down the highway, we really never know what kind of cargo is in that truck next to us. It could be anything from dry food items to big-screen TVs or anything in between. When we say anything, we truly mean anything.

This particular scene at Mustang Road just outside of Oklahoma City really doubles down on that “anything” part.

After the truck rolled over, a news helicopter from News 9 was on the scene, showcasing the incident. As the news anchor was viewing the footage, it sounds as if he was trying to figure out what might’ve been on board the truck. We aren’t quite sure if the realization eventually struck him and he just decided to stay quiet or not. However, astute viewers have probably noticed that the cargo looks a lot like a bunch of sex toys and what appears to be bottles of lube as well. If you want to talk about a way to make drivers in a traffic stop and stare, this is definitely it.

We did learn that there were no injuries in the incident.

For this trucker, if this isn’t a story that he’s going to tell for years to come, I’m not really sure what it is. We can also bet our bottom dollar that if this driver’s buddies find out about this incident, it’s probably something that the driver is never going to be able to live down.