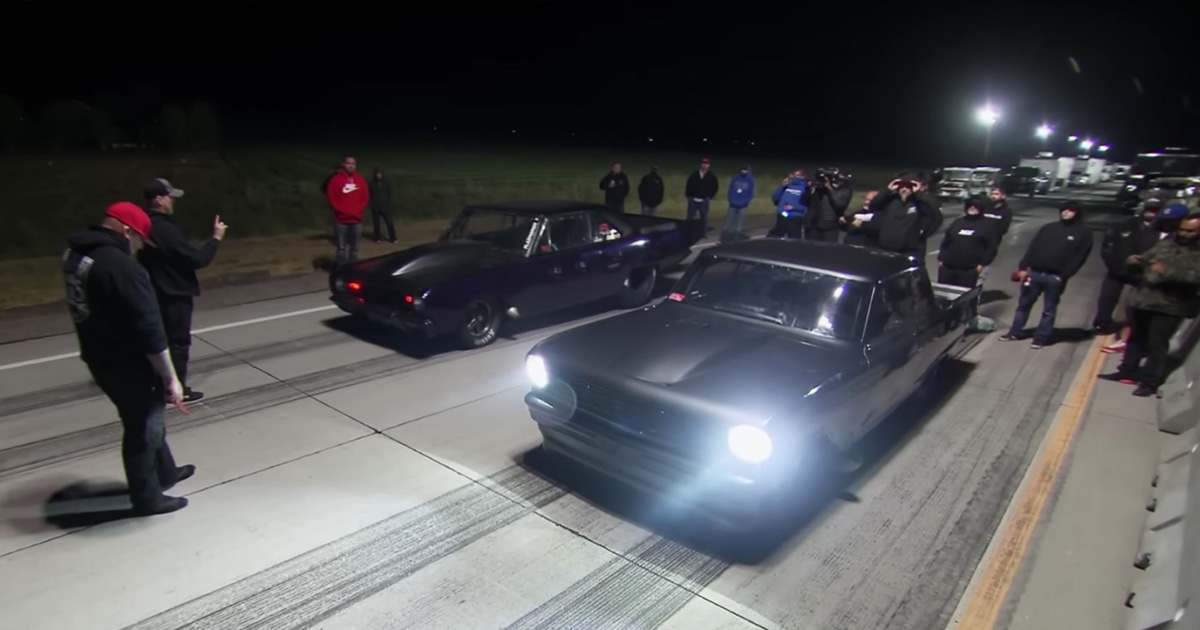 One of the biggest challenges in street racing is the fact that competitors never really know what they’re going to get with the racing surface. When racing is done on a track, even a no prep, the surface can be a little bit more predictable. Even though no prep racing removes all of the sticky stuff that allows cars to get traction, competitors know that they are getting a smooth concrete surface at most racing facilities.

When it comes to the street, though, there are all sorts of variables. This is especially true for roads that are heavily traveled. Sure, there might be some rubber laid down from previous races but who knows how many cars have driven over the surface and left behind all sorts of dirt and grime. Just a little bit of dirt can be the difference between making a smooth pass and ending up going sideways.

This time, we check in with a little bit of a throwback that has Big Chief explaining that the particular road that the Street Outlaws are doing battle on during this outing is one that has given them lots of trouble and has, in Chief’s words, “Made a lot of us look stupid.”

However, when racing to see who can face off with the rest of the country on Street Outlaws: America’s List, perhaps the surface was the best possible to prepare competitors to expect the unexpected. After all, when someone is racing on a strange road that they’ve never been on before, there are definitely curveballs thrown in the mix.

Down in the video below, we follow the races that include a lot of lost traction and several near wrecks. A competitor or two even found their way off of the racing surface and into the dirt!