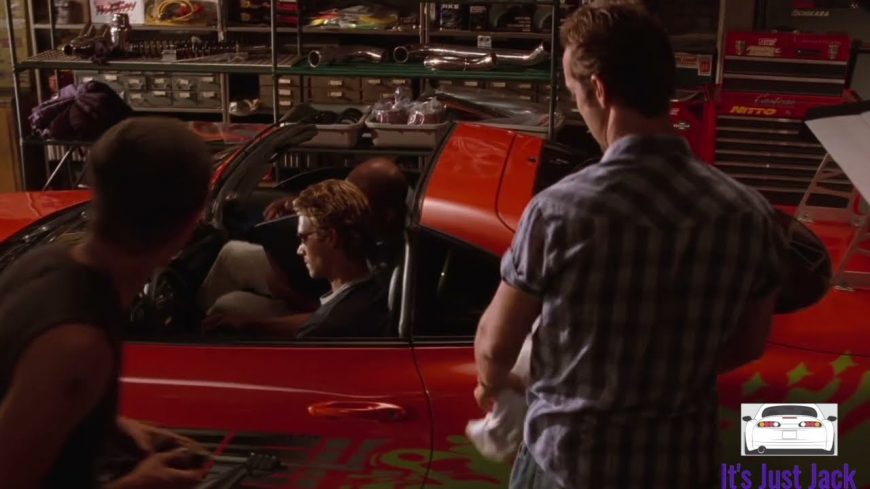 As automotive enthusiasts, many of us if not most of us have been entertained by the Fast & Furious franchise in one way or another over the years. The original film was one that likely was the gateway for many people to actually get into the car enthusiast world in the first place.

All these years later and plenty of us remember every line from the movie, maybe even integrating some of the funnier one-liners into the regular conversation around the garage.

However, like these movies or not, it’s hard to argue that they have definitely become a cornerstone of the automotive community. Much of that comes because of the iconic scenes with the iconic cars that we remember from the early films.

Naturally, one of the two mechanical stars in the first film that we all know and love was that bright orange Toyota Supra. Of course, the most iconic scene featuring this car was probably the drag race at the very end of the movie. However, there is definitely another scene with the car that has managed to captivate the hearts of many.

Watching Vin Diesel and Paul Walker pull up next to a Ferrari in the Supra before engaging in a little bit of a drag race is definitely something that got our adrenaline flowing when we first watched. In fact, some might even attribute the scene to being the reason why Supra prices have managed to spike so high these days.

In any case, down in the video below, we get to relive that very scene except in a little bit different fashion. With films, the musical score can really make them come alive. However, here in the automotive community, many folks appreciate the sound of the engine and might like to witness the alternative version of a scene without any music.

In the video below, we get to relive that iconic Supra versus Ferrari race. However, instead of the original cut, this particular edit is all engine sounds and nothing else as the music has been removed.