Just like anything else, with racing, in order to be great, a competitor needs to ...

Just like anything else, with racing, in order to be great, a competitor needs to keep up with practice. Not only does a competitor need to make sure that their abilities are as good as they can be. They also need to make sure that their car is in tiptop shape to kill. This is easier said than done as these cars change on a regular basis and getting the details just right can be as much of an art as it is a science. Not only that but this art/science most certainly takes time and test hits to gather data.

You see, though, with the Street Outlaws, one of the challenges of how they race is the surface beneath them. With a typical drag racer who goes to the track and competes there, they have a rough idea of what they are going to be racing on.

When it comes to competing on the street, though, things can definitely have a little bit more of a twist thrown in the mix. While we do know that the street is generally much more unforgiving as it doesn’t provide as much of a surface that promotes traction, figuring out just how unforgiving things are going to be can be easier said than done. Let’s just say that “inconsistent” is a good way to describe street racing conditions.

With that, competitors want to make sure that they get out there and get their car dialed in for a variety of different scenarios. This time, we check in with a couple of Street Outlaws competitors who were getting ready to throw down before the new season of Street Outlaws: America’s List. In order to do so, they found a nice straight patch of road and went out to do a couple of test hits.

Before long, though, law enforcement was inquiring about what exactly they were up to. Fortunately, Shawn did some quick talking and explained the situation and how they were racing about half an hour away later that night on the show. Fortunately, either the police officer with a little bit confused or decided that he wanted to give the guys a break because, after one more hit, they were actually allowed to leave without even getting a slap on the wrist! 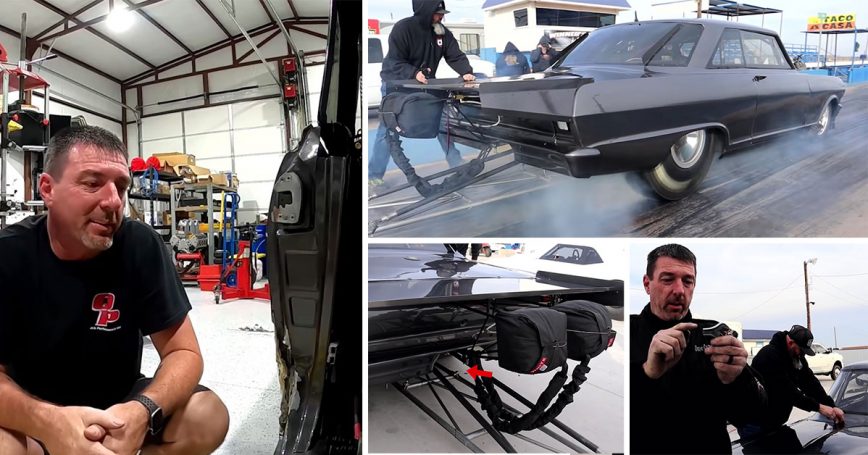