Just because the cameras from Street Outlaws shut off isn’t a say that the ...

Just because the cameras from Street Outlaws shut off isn’t a say that the racers are taking a break. Sure, we’re sure that they have their leisure moments here and there or maybe even find a little bit of time to take a hard-earned vacation. However, there is also a lot of work that needs to be done when the cameras aren’t rolling to make sure that everything is good to go when they are.

One doesn’t just simply become the best at their craft, whether it’s racing or anything else in this world, with pure luck or a spectacular build. Instead, the driver needs to spend tons of time behind the wheel, getting acquainted with the car, as well as under the hood and behind the keyboard, making sure that every component comes together just right in order to paint one cohesive picture.

This time, we get to tune in with what exactly that means for Big Chief and Jackie. In this particular video from the Midwest Street Cars YouTube channel, we get to see some of the testing that has been going on with The Crow before the next upcoming season of Street Outlaws hits the 405.

Down in the video below, we get to watch as both Chief and The Crow go through their paces, testing out upgrades and making sure that every last piece of the puzzle is in just the right spot. If anything is out of position, it could definitely be the difference between a win and a loss. The attention to detail is where competitors like Chief make their money.

While what most fans see is a couple of seconds that the car actually goes down the racing surface in competition, where races are truly won and lost are right here in testing. 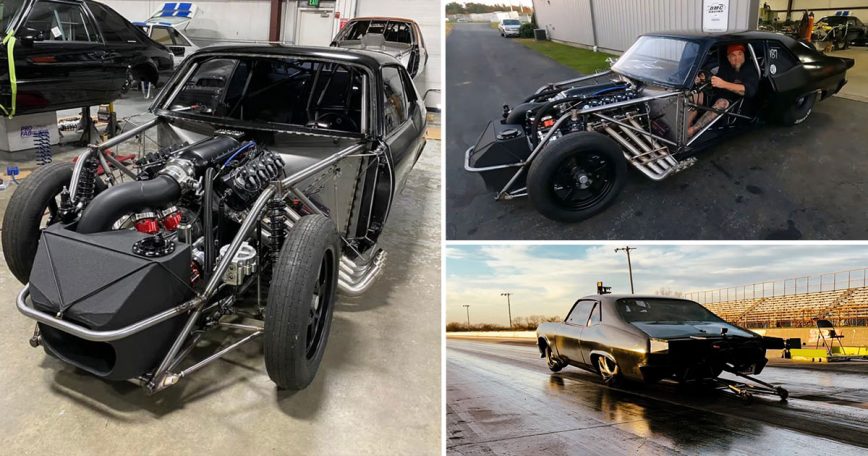