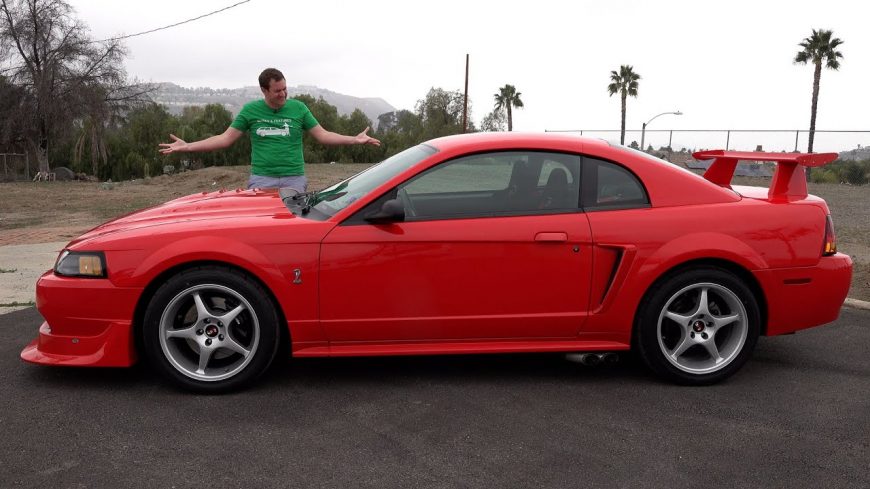 As we take a look back over the generations, there are certain cars that really stood out among the pack that really spoke to us in terms of being icons of their time. As those of us in our 30s know, growing up in the early 2000s was a pretty cool time to come of age as an automotive enthusiast who specialized in muscle cars.

It was during this time that a lot of the technology that still lives on today as some of the most popular was born.

Of course, it was around this time that Ford was switching up its Mustang to the “New Edge” body style and with this body style came several different models that really stood out.

This time, we take an opportunity to join in with Doug DeMuro as he dissects the Ford Mustang Cobra R. Now, as the New Edge body style played out, the Cobra R wouldn’t end up being the most powerful of its generation but it would be the most track focused and perhaps the coolest. With only 300 ever produced, this is the New Edge that ends up on the posters hanging in kids’ bedrooms.

So, what about this car makes it so special? Right from the get-go, we can tell that this isn’t just any Mustang as it has a rather aggressive appearance that almost looks like someone put a body kit on it!

By following along with the video below, we head back to the turn of the century to check in with this Mustang that was the granddaddy of them all at the time. From weight savings which included not having a back seat or a radio to a naturally aspirated power plant that made some pretty serious steam, this car simply has some serious cool factor.