The Greatest Car Ever Made That Nobody Bought 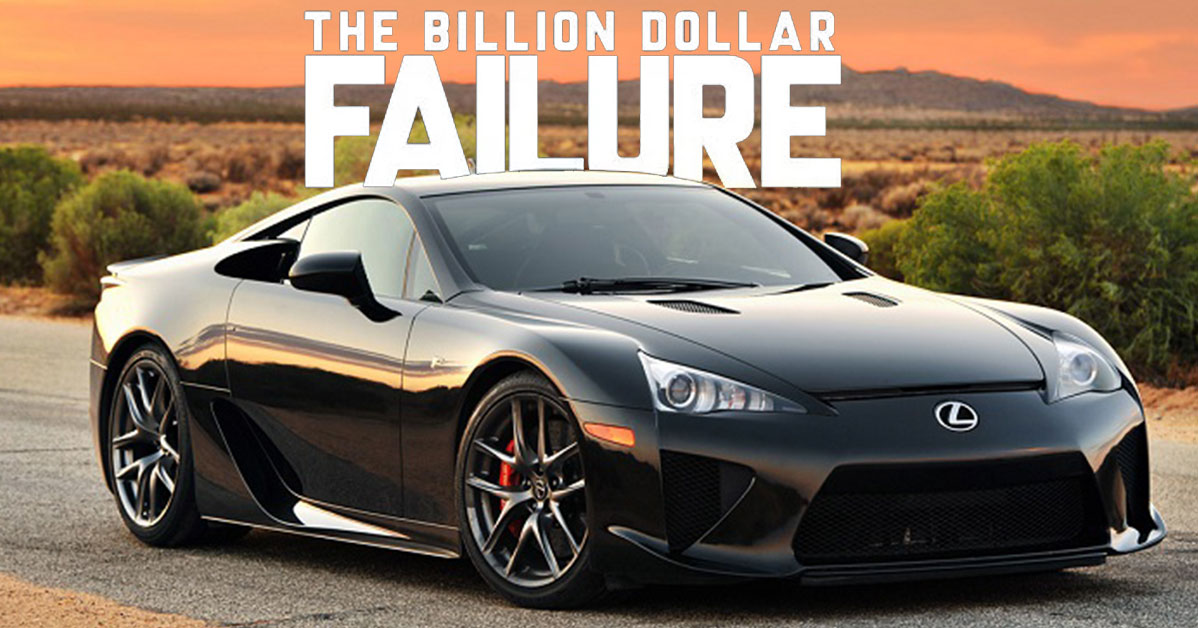 Sometimes, even when we try to put together all of the pieces and all of the said pieces are just right, things that should come together to paint the perfect picture simply just don’t. Even when everything lines up perfectly and it seems like an automotive manufacturer, for example, might have done everything just right to hit a grand slam, there are definitely situations where the grand slam that seemed like a license to sell just never ends up aligning in the right way to work.

If you ask some, they’d tell you that the Lexus LFA is a car that seemed like it was going to be a grand slam. The V10 powered, Formula One-inspired, all carbon fiber supercar had met high praise from critics. It would even find the likes of Jeremy Clarkson calling it the best he’s ever driven. He wasn’t the only one, either, as just about everybody who had laid eyes on the LFA had instantly fallen in love with it and when they got behind the wheel, the rest was history.

When push came to shove, though, this very well-liked car that seemed to execute on just about every axis ended up being one that didn’t sell very well at all… but why? While it seemed like this car would’ve been an icon for the ages, the sales numbers just didn’t match up.

This time, we check in with Ideal Cars who digs into why exactly it might be that the Lexus LFA never really met high success. At the end of the day, some things just don’t work out. However, the whole point of this one is to try and get to the bottom of what exactly it is that could have helped out the LFA to meet greater success.

At the end of the day, seeing something like this from Toyota, the company that’s known for its vanilla commuter cars to most, was incredibly exciting. If we base success on sales numbers, though, the LFA formula is not likely to be a combination that they try out in the near future or maybe even ever again.

« Jay Leno on Why he Refuses to Buy a Ferrari