The Lightswitch So GOOD That They Made it Illegal 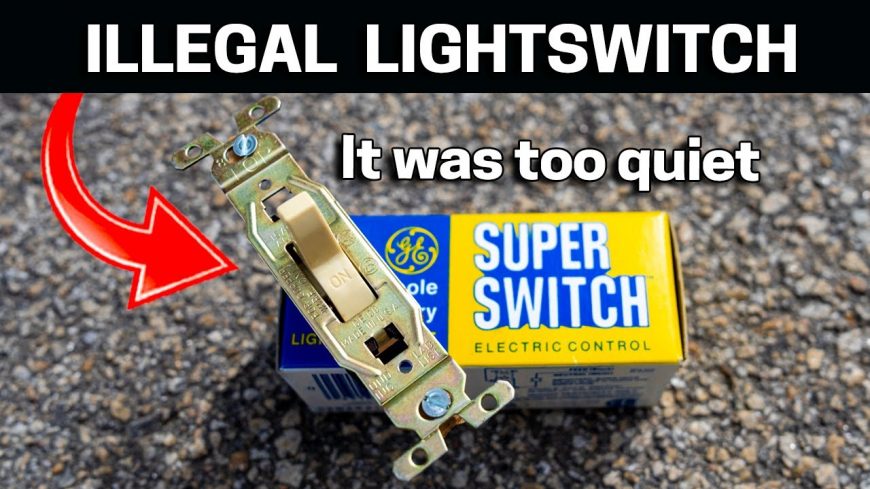 When it comes to something as simple as a light switch, it’s not really a component that most people really stop to think about about. I mean, why would you? Even those who work with these sorts of products just install a couple of wires and call it a day without giving much thought to what’s going on within the actual switch.

However, those in the industry know a couple of things that most people would probably think are pretty interesting.

For example, at one point, there was a light switch that was advertised as the “Super Switch.” The Super Switch was offered as a premium product according to our host at Silver Cymbal, because it was completely silent unlike light switches of today that all make some sort of noise – try to find a silent switch today and you’ll fail every time.

The video continues that the silence, the very reason that propelled the light switch to sell hundreds of thousands of units for decades, is the exact thing that made it illegal years later.

You see, back in the day, products like this made use of mercury to act as the internal switch as they did not have a mechanical mechanism. While this mercury switch was exactly what made this product appear premium, it would eventually be outlawed in 1991 because of the danger if the mercury was exposed to humans.

While a light switch was never something that I thought I would be fascinated with, the video below dives into household electronics like this and explains how things were much different back in the day and maybe even a little bit better in certain ways, too. While it seems like electronics are pretty high-quality these days, this video argues that maybe the prime days of reliability happened before 1991.

« 10 Most Expensive Mistakes in All History