The Most Ridiculously Expensive Private Jets Owned by Celebrities 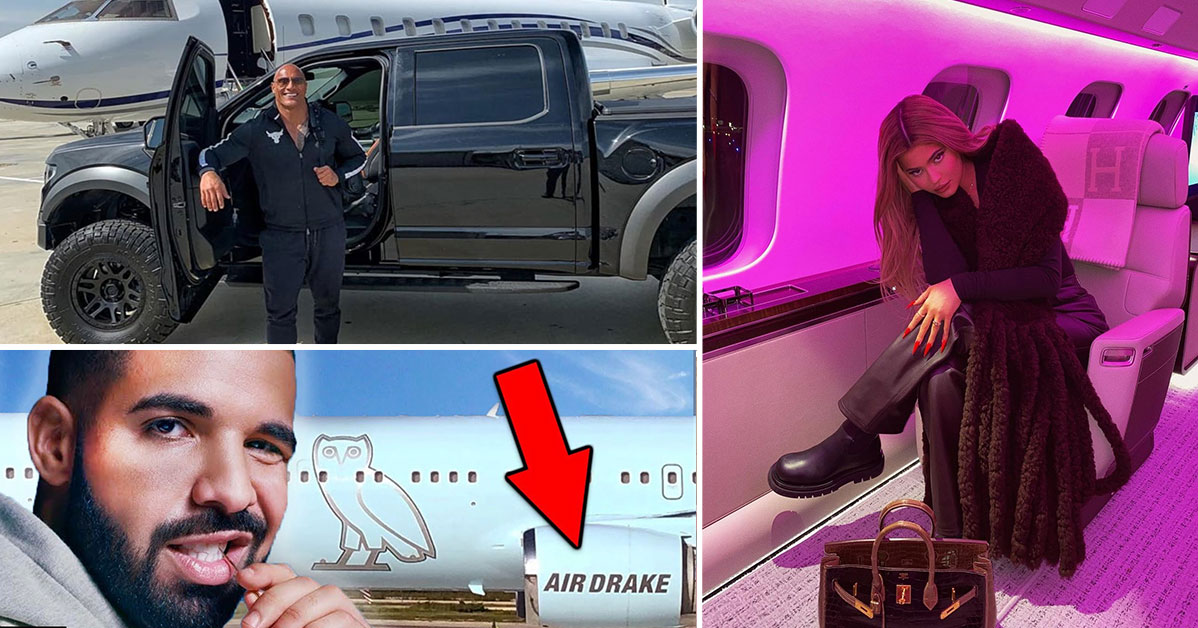 While it might sound like a first-world problem, it could be very possible to be too famous to fly on commercial airlines. Flying commercially already requires going through a little bit of a hassle. Now, just imagine going through TSA and trying to board a plane, all with a big group of fans and paparazzi hanging all over you.

Fortunately for those who have acquired mega fame, there is a solution for this issue if they’re willing to pay up. With the abundance of money that they generally have in the bank, big-time celebrities are able to buy their own private jets. However, just because you have a private jet doesn’t mean that all private jets were created equal.

This time, we take the opportunity to tune in to a compilation video that shows off some of the most ridiculous private jets owned by celebrities.

Perhaps, one of our favorite examples is that owned by Drake. Instead of having a typical private jet, Drake has an entire Boeing 767. The commercial airliner is worth a whopping $185 million but Drake didn’t have to pay a dime. Instead, he got the jet for free from a Canadian airline, Cargojet who just wanted a little bit of brand awareness via social media posts in return.

Another fan favorite is definitely Floyd Mayweather who has not just one $60 million jet decked out with all sorts of high-end goodies. He has three private jets in his collection because, well, he’s Floyd Mayweather and what else would you expect from the boxing legend?

Down in the video below, we get the chance to check in with some ultimate luxury. Certainly, any chance to have your own private jet is a special one. These celebrities take it upon themselves to really go above and beyond when it comes to personal air transportation, though.