The World’s Most Expensive Yacht is $1.5 Billion 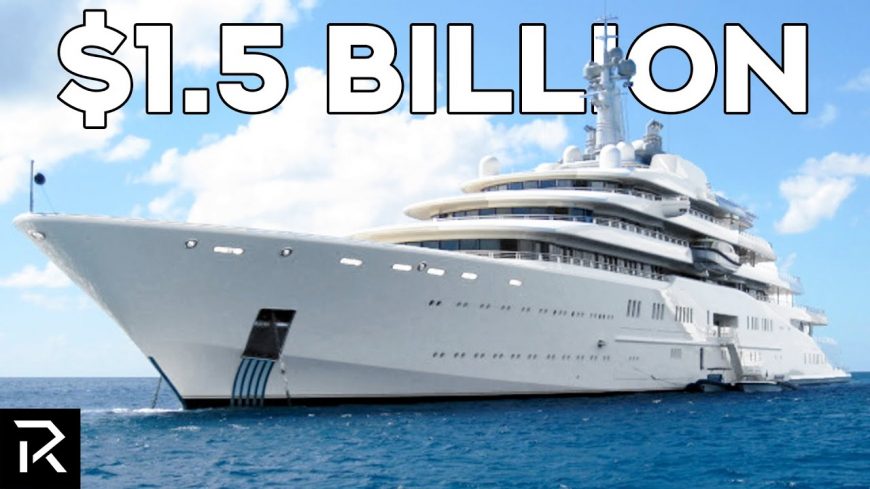 When it comes to having a lot of money, it’s important to distinguish between the rich and the super-rich. Let’s just say that when we take a look at this particular yacht by the name of “Eclipse,” only the super-rich would be able to afford it and the “normal rich” probably can only dream of something like this.

When push comes to shove, Eclipse is the most expensive mega yacht in the world. The price tag on this bad boy comes in at an astonishing $1.5 billion. That’s not just a lot of money, that’s more money than most people can probably fathom. Personally, I’m not even sure that I would know how to spend that much cash in an entire lifetime, let alone using it all on one purchase.

So, what exactly is it that makes a single purchase worth that much loot?

Well, Eclipse attempts to answer that question and do it in the most thorough way imaginable. From top to bottom, this thing is laced out with just about every single amenity that one could ever want or need. In fact, we might even go so far as to argue that this mega yacht provides more features than several five-star hotels combined. In fact, the yacht is probably more comfortable than most hotels and can store a plethora of guests.

By following along with the video below, the folks over at TheRichest took it upon themselves to collect all the data about this bad boy and deliver it to us on a silver platter. There’s just something about digging into a yacht that costs more than most people will earn in their entire life that can make somebody feel incredibly poor. Don’t worry, though, you’re in good company with the other 99.999% of the world who can’t even afford to step foot on this thing.