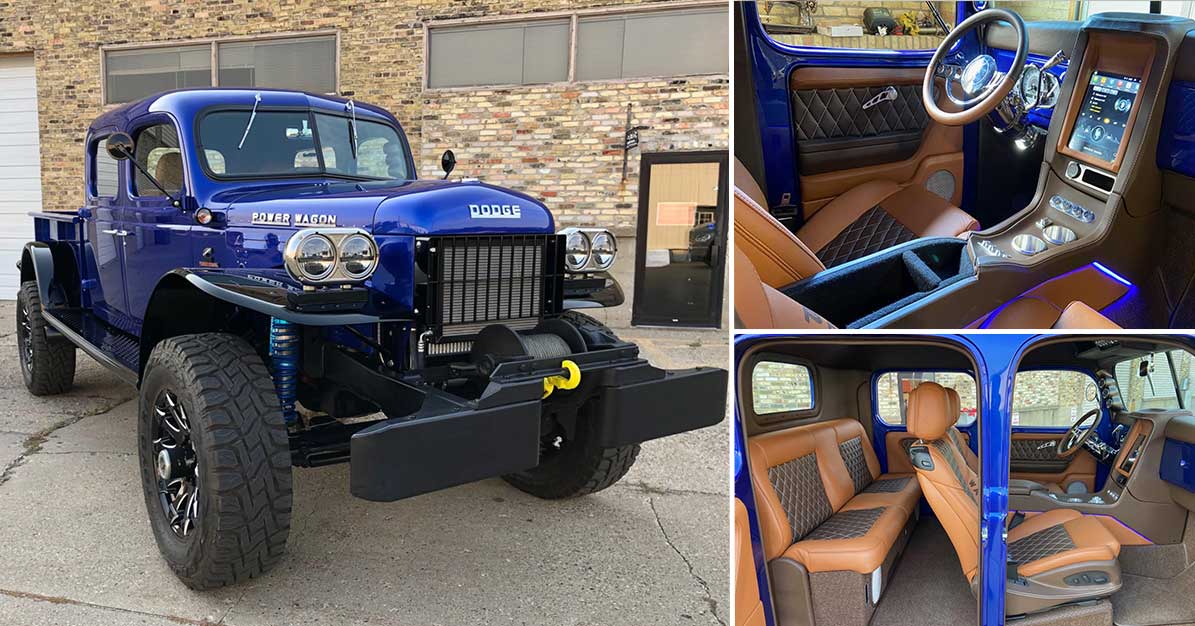 For those who aren’t too familiar with the Dodge power wagon, it’s a brute of a machine. Originating back in the 40s and 50s, this monster was just that… A monster. The steel beast was basically a massive pickup truck with style.

These days, it isn’t too frequent that we find these things in good condition. Lots of times, mother nature has gotten to them and created nothing short of a big pile of rust. This time, though, we check in with one that’s not only pretty solid but was also transformed into another beast of a machine entirely by the shop that goes by the name of All Speed Customs. Seriously, it’s the definition of a “Show Stopper.”

There’s a reason that this particular Power Wagon would make its way to the Barrett-Jackson Scottsdale auction and the final bid would claim just over $310,000.

So, what is it that makes this old Dodge worth more than the average home?

Well, just about every single bolt has been touched in the name of making this thing absolutely perfect. From top to bottom, every piece was taken apart, cleaned up, and finished in a brand new coating or replaced entirely. Under the hood, we find a 6.7 L 24 valve Cummins turbocharged diesel.

Another noteworthy feature of the truck is that it’s a crew cab.

For fans of the old school Power Wagons, they may notice that the model didn’t come in a crew cab back then. However, the crew at ASC stretched the cab to be a little bit bigger and also extended the roof for this crew cab configuration. To really make it pop, we find fresh modern paint that’s actually pulled from a Nissan and a custom wood bed. The look is really accentuated by 20-inch Fuel wheels and off-road suspension.

Just when you thought that this thing was pretty awesome because lets be honest, everybody does, the interior gets even better!

Inside, we find all of the modern amenities and then some. We start off with the basics like power windows, heated and power seats, and a custom stereo system. While these features are something available in pretty much every car these days, it’s definitely a trick to be able to integrate them into a vehicle from the 50s.

From there, we find nice touches like LED lighting, Dakota Digital gauges, and seats from a Cadillac CTS-V that have been re-wrapped to really pop. Throw in an AC system in the front and the rear and we find a machine that is second to none!

This is really one of those builds that left no stone unturned, even focusing on the small details to really make a showpiece!

« UPS Plans to Roll Out Drone Delivery System by 2024