These Instant Karma Police Moments Are Almost Too Good to be True!

These Instant Karma Police Moments Are Almost Too Good to be True!

I’m not saying that it’s a good idea to do anything that’s against ...

I’m not saying that it’s a good idea to do anything that’s against the law but most of the time, those who do choose to drive outside of the lines a little, if you will, will check their rearview mirror to make sure that no law enforcement is lurking. However, every once in a while, we all make mistakes and sometimes that means that people simply make bad driving decisions right in front of a police officer.

Naturally, this is a situation that likely isn’t going to end well and is one that can really tend to leave a knot in the driver’s stomach.

With how abundant cameras are these days as they’re placed in everyone’s pocket and a whole lot of folks’ vehicles, it just so happens a lot of these “instant karma” situations, if you will, end up being captured on camera. In this particular situation, a wide variety of those “instant karma” situations were posted to the ECLECTIK YouTube channel with the aim of being shared with the entire world.

This time, we get dialed into a variety of dashcam footage from around the country that shows people who might’ve just made some bad decisions and ended up getting caught. This is definitely one compilation of clips where most folks are never going to want to end up being caught.

Down in the video below, though, we get a pretty thorough class on how not to handle yourself while on public roadways. It is worth mentioning that most of these moves aren’t exactly safe. In any case, the drivers in question get to learn exactly why that is as they make these dangerous driving maneuvers right in front of a police officer. The odds of this happening have to be incredibly low but these unfortunate drivers get a front-row seat to see what happens when you make a mistake like this. 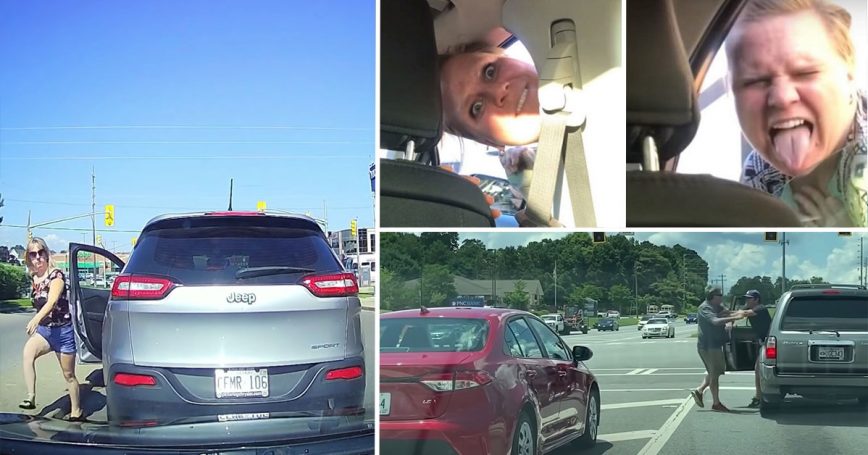