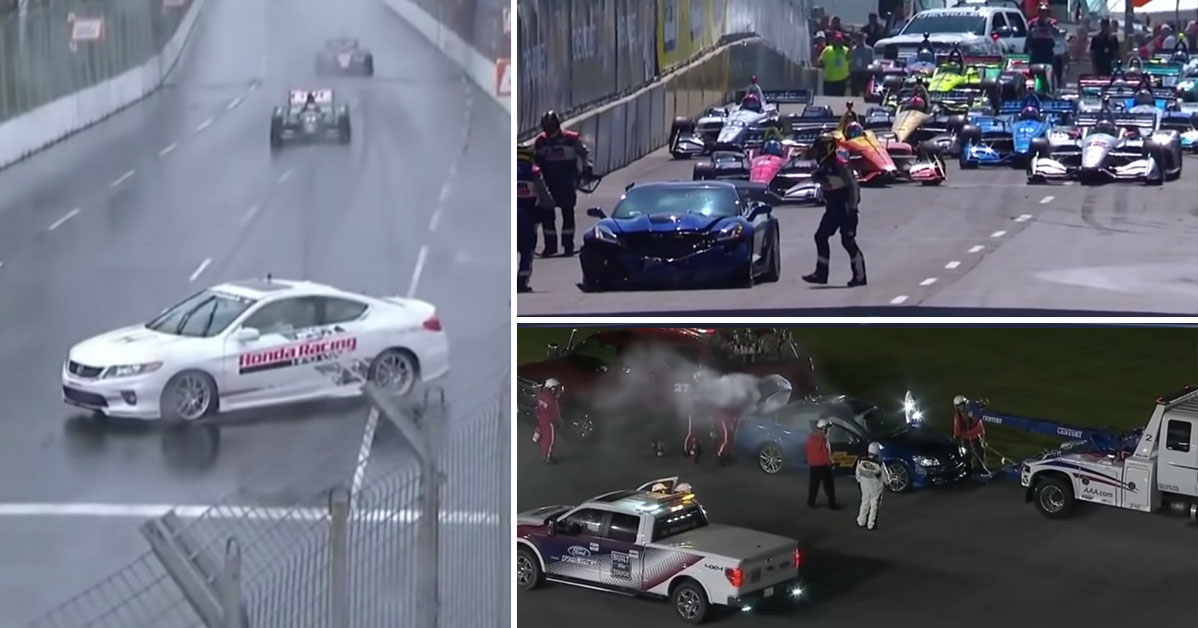 When we turn our thoughts to incidents that happen in racing, normally the attention is on driver error. Most of the time, that driver error will come from behind the wheel of one of the cars in the competition. Every once in a while, though, bloopers unfold in a way that the drivers could’ve never seen coming. Let’s just say that every once in a while, a foreign object ends up coming into the field of play.

While spectating a race, watching the safety equipment around the track doesn’t seem to be important. Most of the time, it just fades into the background. In fact, the people in control of these things want to be seen as little as possible. If they’re doing their jobs correctly, they will be on and off the racing surface as quickly as possible.

This time, though, we watch in on a couple of situations where pace cars and other safety vehicles became the stars of the show. These aren’t necessarily situations where the vehicles are stars in a good way, either. Instead, these debacles usually come on the heels of some sort of blunder.

In some situations, the blunder is due to a miscommunication. Maybe a driver is in the wrong place at the wrong time or simply doesn’t know what’s going on. Other times, we can’t help but wonder what is going on in the head of the person behind the wheel of a pace car. It seems like a simple enough job but maybe it’s easier said than done.

By following along with the video below, we get an inside scoop on some of the craziest safety car blunders in all of racing.

These situations only pop up once in a blue moon. When they do, though, it’s always interesting to see how things pan out.

« What’s Under the Air Scream? (Air Scream Camper Car With NO Camper!)