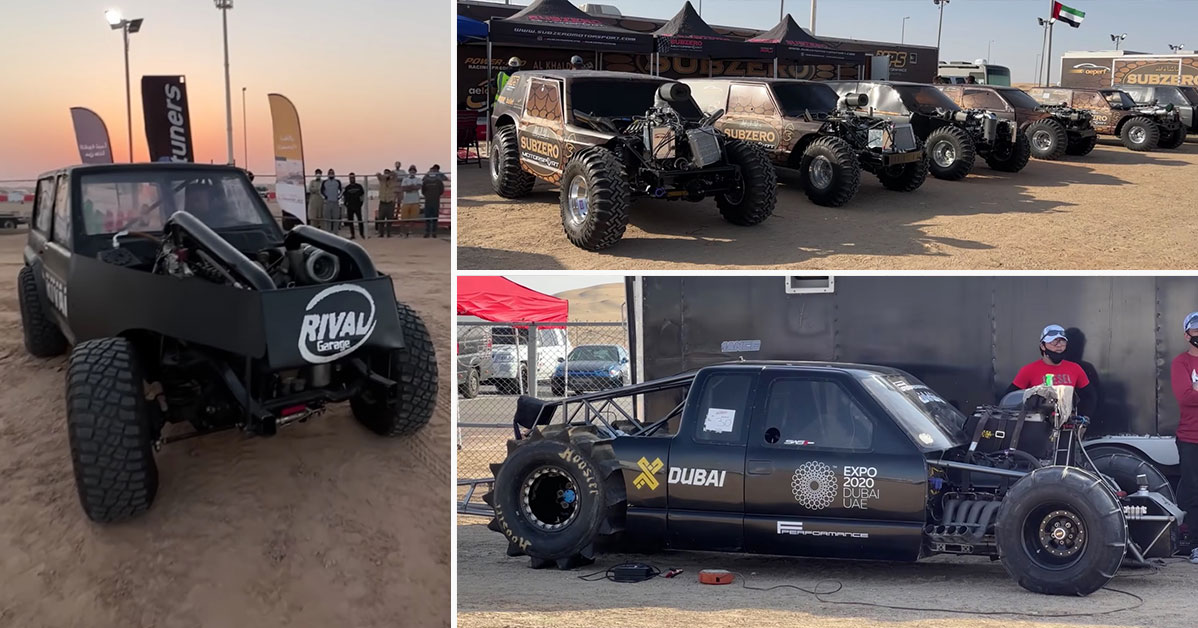 One of the awesome things about the automotive community is that no matter which corner of it we’re invested in, there are all sorts of different ways to skin a cat, if you will. For example, in the drag racing community, it might seem like it’s all the same to those on the outside. However, those of us who are deeply immersed in drag racing realize that it can go down in a whole variety of different formats, each requiring a different set of talents and specialized knowledge to win.

This time, we check in with the corner of the drag racing world that’s probably not all that familiar to those here in the United States. However, we have to say that just about any enthusiast who likes going fast and has a pulse will probably enjoy the fruits of drag racing in the sand.

In this particular video, we check in with CB Media who takes us to the sand drag championship. In his words, and instead of 1320 feet of paved surface, this competition takes place on 92 m of sand. In other words, this is a whole lot different than any drag racing that we know or are familiar with here in the United States. The result is something that’s incredible to behold as the sand goes flying in lots of horsepowers is laid down in the desert.

Let’s just say that just about every part of this competition aside from going in a straight line to get to the finish line is different from traditional drag racing. Even the way that one goes about getting the traction to move forward is entirely different as we transfer our mindsets from trying to get sticky traction on a smooth surface to having massive paddles that push as much sand as possible while thousands of horsepower, over 4000 hp, in this case, attempts to make its way to the ground and eventually push these monstrous machines forward.

« Behind the Scenes of FNA’s Electric Drag Truck “SPARKY”