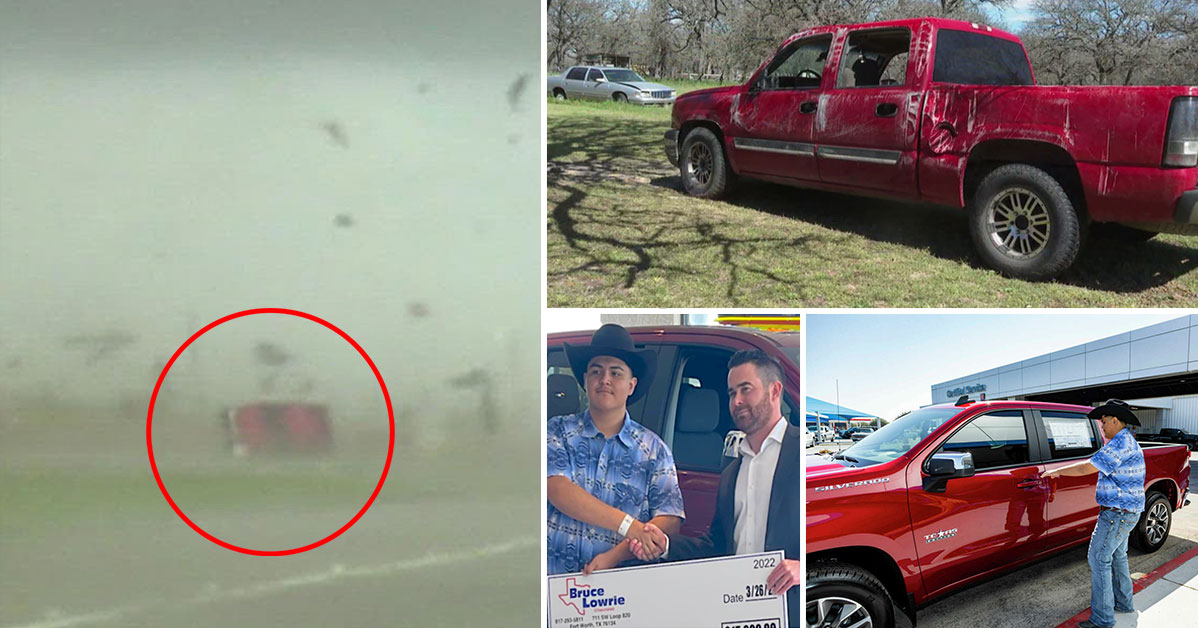 If you happen to be a truck owner, we know that you probably think your truck is tough. Do you think that it could potentially make it through a tornado, though? How about if the tornado picked the truck up, rolled it over, and set it back down again?

For Texas teen, Riley Leon, age 16, that was exactly what would happen during a wild sequence. Not only does his truck end up rolling on its side and being righted again by the forces of wind from the tornado but it’s amazing to watch as a truck just keeps on driving after the fact. I’m not quite sure how much more one could ask from a vehicle in such a situation.

The machine likely did suffer substantial damage and we would presume that it was likely totaled. Therefore, with a teen in need of a new truck, a local dealership by the name of Bruce Lowry Chevrolet in Fort Worth, Texas stepped up to the plate to help fill the void.

Not only did they want to replace the truck in the video that had gone incredibly viral but they decided to hook up Leon with an entirely new Silverado. The dealership handed over the keys to the 2022 Chevrolet Silverado and $15,000 in cash to help the teenager and his family with whatever they might need.

Leon was said to have been commuting home from a job interview with Whataburger when the tornado struck on U.S. Highway 290 so hopefully, he got the job and his brand new Silverado will help him get to and from work reliably.

I know one thing. If my pickup truck managed to last through a tornado and kept me safe in the process, I’m not sure that I could ever bring myself to buy another brand in my lifetime.