Sometimes, life can tend to throw us curveballs. In fact, these curveballs might even ...

Sometimes, life can tend to throw us curveballs. In fact, these curveballs might even stand in the way of being able to pay the car payment. However, that really doesn’t matter to the bank that lent out the money. Sure, banks might give people a break now and then but at the end of the day, they simply want back their investment. That money that you borrowed wasn’t free, after all.

Therefore, when somebody fails to pay their car payment, the bank is going to try to get back the car to capture whatever money they possibly can. Sure, they might not get back to the entirety of their investment. However, they may be able to find a way to recover at least part of it.

While this is a pretty simple equation and one that’s not too difficult to understand, some people who have failed to pay for their cars don’t always see things based on reality. Most of the time, folks probably realize that they failed to pay the payments and just let their car be taken away until they can get it back or settle things with the bank. However, some more radical folks tend to take things into their own hands. This might even mean damaging their own vehicle just because they don’t want the repo man to take it away.

Down in the video below, we see a variety of different clips that show off people who were absolutely desperate to not have a tow truck driver make off with their cars. When push comes to shove, we get it. If your car is getting repossessed there’s a good chance that you just need a break for something good to happen. However, doing something like some of the people in this video have done is definitely not a way to shift luck in your direction. 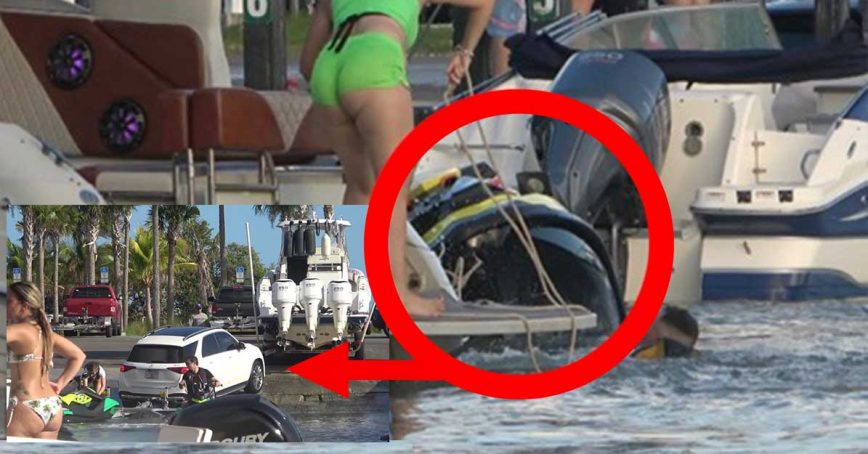