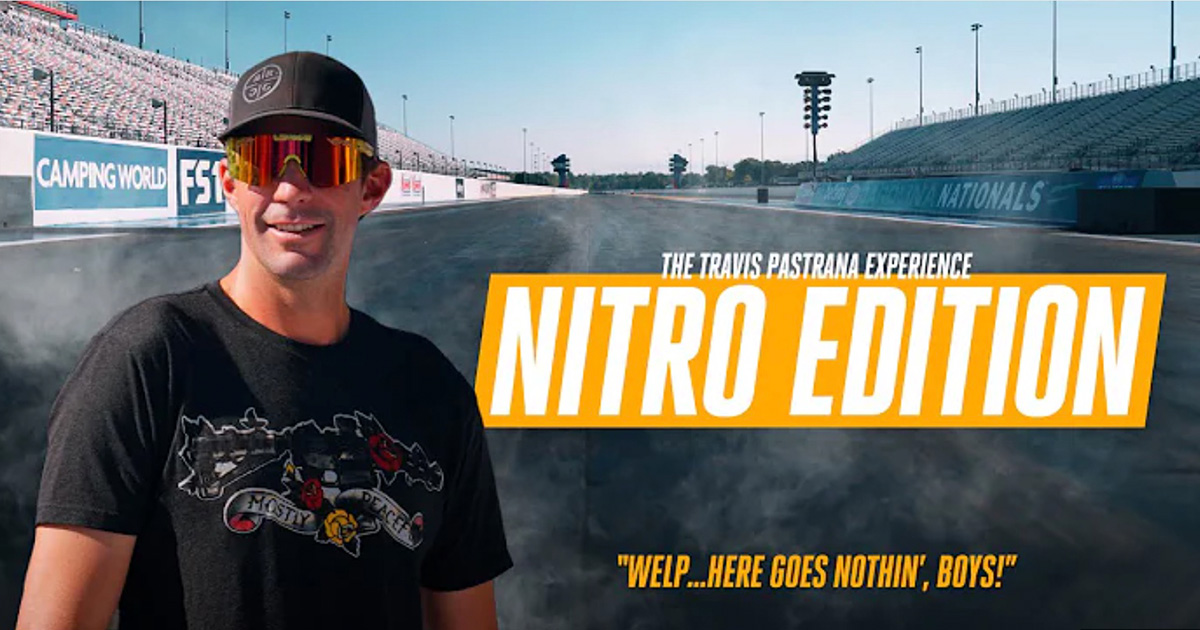 When it comes to the wonderful world of motorsports, Travis Pastrana is one individual who has pretty much seen it all. Fans likely know him best from his ventures in extreme motorsports. His hit television show, Nitro Circus, put together an “action sports collective” led by Pastrana. Fans would watch as the show exhibited Pastrana and his friends doing just about everything they could to create an adrenaline rush.

Others might know Pastrana for his work behind the handlebars of a dirt bike, experiencing great success in motocross and at the X-Games alike. As if that wasn’t enough, the adrenaline junkie has also had a stint in NASCAR and is revered for his skills behind the wheel of a rally vehicle, too. This list doesn’t stop there as we have to say he’s simply done too much to list in this article!

However, surprisingly, one frontier that hasn’t been conquered or even attempted by the action sports star is that of drag racing. Therefore, he joined forces with NHRA Top Fuel racer, Alex Laughlin, to make his first ever trip down the drag strip in an 11,000 horsepower Top Fuel machine.

This time, we’re able to ride along as that fantasy becomes a reality and a couple of the biggest names in motorsports, including Alex Laughlin and Tony Stewart, join forces to get Pastrana down the track.

We couldn’t help but love the moment when Pastrana felt like his “body was with the car but his brain was still back at the starting line.”